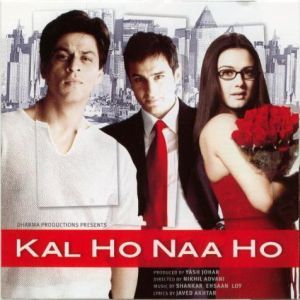 A 2003 Bollywood film written and produced (but not directed) by Karan Johar. It is generally considered a good "introductory film" for those new to the genre.

It centers around business student Naina Kapur and her family and friends, all of whom are unhappy... until the outgoing Aman arrives in their neighborhood and takes it upon himself to better their lives. Wacky hijinks, romance, and a healthy dose of angst ensue.