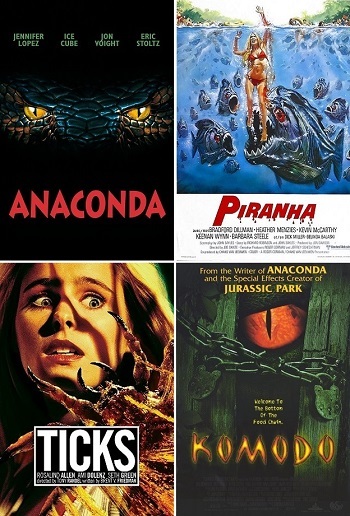 Only applies when the monster the film is named after is not some made up creature.

Subtrope to Antagonist Title. Often a One-Word Title as well.