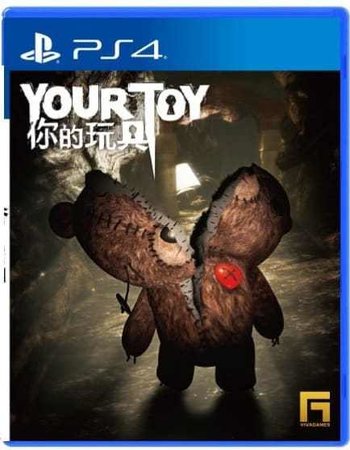 Some say that toys have souls.
All those toys that you discarded... They still live on inside your heart.
Perhaps you will see them in a nightmare...tonight.
—Opening Text
Advertisement:

Your Toy is a Horror Video Game by Viva Games.

Your character has just woken up in an old washroom stall with no memory of how they got there. They retrieve their cell phone from the floor, which contains an E-Mail from an unknown sender saying "Do you remember me?".

With no other course of action known to them, your character knows they need to get out of this room. Before long, however, your character discovers they're being pursued by a Killer Teddy Bear who's head is split in two.

The game was released for Xbox One in November of 2017.

Your Toy contains examples of: