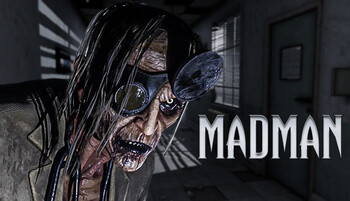 Madman is a Survival Horror Video Game by Nethersoft Interactive.

You've found yourself in an Abandoned Hospital. How did you get there? You don't know. Best thing to do is to find the way out. That by itself should be simple enough, but you're not alone in the building. Seems there's this creepy-looking murderer in the building with you dressed up in doctor garb. You're going to need to avoid him at all costs if you hope to escape from this place with your life.