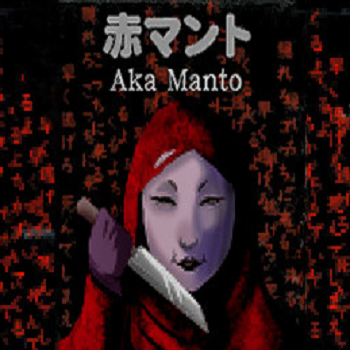 Aka Manto (Japanese for Red Mantle) is a Survival Horror game for PC, developed by Chilla's Art and released through Steam on September 23rd, 2019. It is Inspired by… a Japanese Urban Legend about the titular spirit

You've just been sent into a school building as part of some sort of punishment. The conditions are simple: Explore the building for a bit. Should seem simple enough, right?

However, someone's in the building with you. And it seems they have homicidal intent planned.

Aka Manto contains examples of: