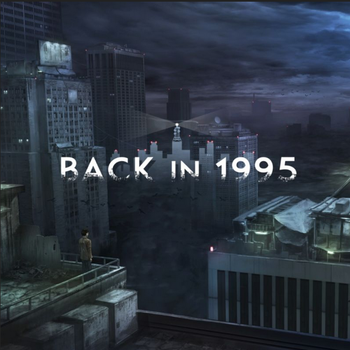 Back In 1995 is a Retraux Survival Horror game by Throw The Warped Code Out. It was released for PC through Steam on April 28th, 2016, and then ported to Nintendo Switch, Playstation 4, PlayStation Vita, and Xbox One in May 2019.
Advertisement:

Kent returned to a city rocked by a catastrophic event to reach a tower. To do this, he will need to solve puzzles, hunt down items, and battle against a bevy of monsters, all in a style meant to evoke the feeling of old survival horror games like Resident Evil and Silent Hill.

Back In 1995 contains examples of: