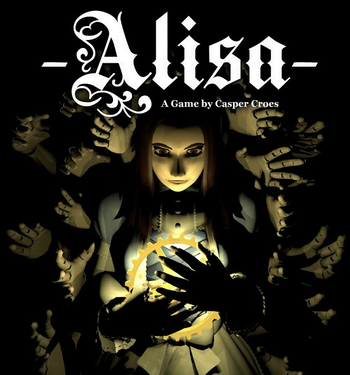 You play as Alisa, an Elite Royal Agent of an unnamed country that appears to be a Fantasy Counterpart Culture version of late 19th century/early 20th century France. Alisa is in the countryside pursuing a wanted criminal who stole some unspecified blueprints. During the chase, Alisa gets kidnapped by strange monsters, and wakes up in a blue dress in a strange manor with no memory of how she got there. What's more, the manor is populated by a legion of life-sized malevolent mechanical dolls who will attack Alisa on sight.

So, of course, Alisa has to navigate this "Doll House" to find out how to escape, perhaps also find out how she got there, and get back on the trail of the criminal she was tracking.