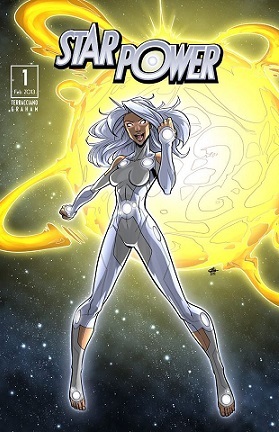 is a webcomic created by Michael Terracciano and Garth Graham which ran from February 2013 to August 2020. The comic places a Super Hero in a Space Opera setting. Those familiar with the author's previous works will recognize Mookie's style in the writing and design, and Garth's touch in the art.

Danica Maris, a lab assistant on a research Space Station spots an otherwise unremarkable star that turns out to be a remnant of the cosmic force of Star Powered Sentinels, turning her into a cosmic Super Hero. However, the awakening of the last Star Power attracts the attention of the ancient enemies of the Sentinels...

While the story is completed, the site is still maintained and includes a store with print collections of the comic.