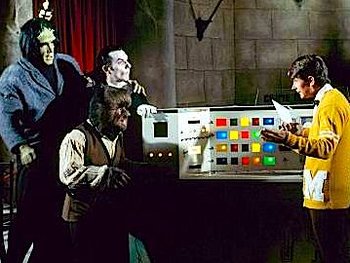 Monster Squad is a live-action Saturday morning series that was broadcast over NBC for one season in 1976. Its plots were reminiscent of the Batman TV series.

Before working on The Love Boat, Fred Grandy starred in this show as Walt, the night watchman at a wax museum. He gave life to the statues of Count Dracula, Frankenstein's Monster and the Wolf Man, enabling them to fight crime.

Not to be confused with the movie The Monster Squad.