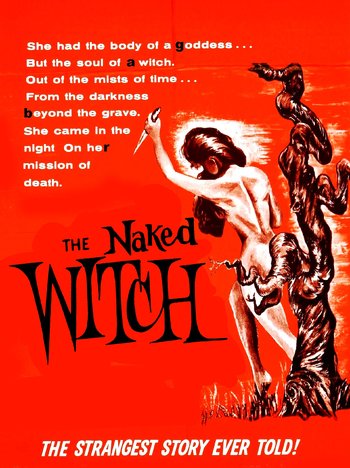 The Naked Witch is a 1961 American independent horror film, produced by Claude Alexander and written and directed by Larry Buchanan. It stars Libby Hall, Robert Short and Jo Maryman. The film was shot in 1960 and has a copyright date of 1961 but was not released until 1964.

A student researching the German settlements of Central Texas unearths the grave of a reputed witch. The witch (who happens to be both beautiful and naked) rises from her grave and embarks on a campaign of seduction and murder against the descendants of her persecutors. It's up to the student to stop her bloody reign of terror—if he can resist the seductive powers of her evil beauty.