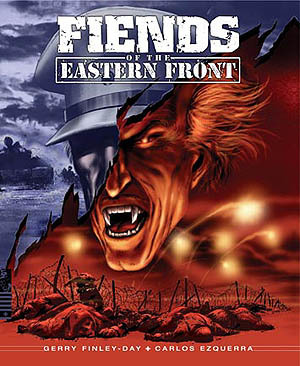 Fiends of the Eastern Front is a comic sporadically published in 2000 AD. There have been multiple viewpoint characters; the one constant Captain Constanta, a vicious vampire who fights the enemies of Romania.