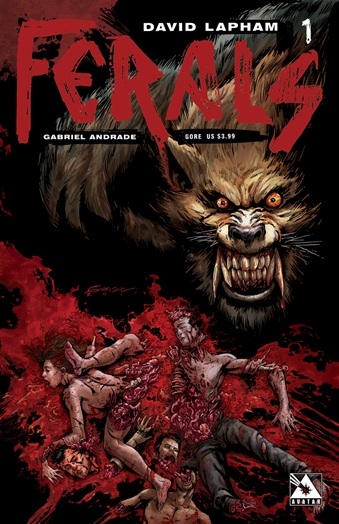 Ferals was a monthly horror comic published by Avatar Press, written by David Lapham and illustrated by Gabriel Andrade. It ran for 18 issues, from December 2011 to October 2013. Set in the small, remote town of Cypress in Minnesota, the story starts with the murder of police officer Dale Chesnutt's best friend. While the attack looks like the work of an animal, its brutality suggests a human cunning and malevolence. Dale quickly becomes entangled in the world of the ferals, a race of deadly and aggressive werewolves who have taken a supreme interest in him for reasons that have yet to be divulged.