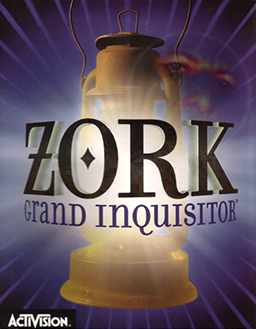 (Full back-story can be found here

, though parts of it conflict with the story in the game.)

About a hundred years before the start of the game, two fellow wizards-in-training, Mir Yannick and Dalboz of Girth became friends. However, while Dalboz was the most powerful and promising wizard in training, Mir was found to suffer from M.D.D. (Magic Deficit Disorder), and flunked out of the school. Consequently, the two friends had a falling out, which culminated in Dalboz accidentally casting an immortality spell on them, and they went their separate ways. Dalboz eventually ascended to become the third Dungeon Master, and retired to a cottage underground and became extremely bored (yet unable to kill himself), while Mir joined the Zorkastrian Seminary and advanced through its ranks. During this time, magic began to decline, aided by Mir's use of the Totemizer, an ancient invention he refurbished, which rather than killing a magical creature or user (and thus allowing their magic to escape back into the environment), it would pulverize them and squish them, sealing them in a tiny token, forever unable to escape without the use of magic.

Dalboz came out of retirement to confront Yannick, but in the ensuing struggle Dalboz was transformed into a lantern (which Mir didn't see), and forgotten about.

With magic on the decline and the world in his hands, Mir Yannick ruled the land with an iron fist, using Totemization for the smallest crimes, and banned all use of magic, instead forcing everyone to rely completely on technology, which had previously just been a supplement to magic. (Zork has a technology level somewhere around World War II, though it can vary wildly. They can harness the power of electricity, and have radio, television, and movies, but lack the technology for cars, planes, or firearms.)

Enter the player, a PermaSuck vacuum salesman from Parts Unknown, who enters Port Foozle moments before curfew, and must find someplace to stay before he's found by Inquisition guards.