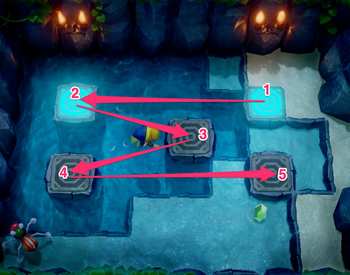 A video game puzzle which presents the player with an array of toggle switches. Usually, only one configuration will let the player proceed past some obstacle or series of obstacles.

At best, the game will only give you cryptic clues as to the proper way to set the switches. Many players rely on Strategy Guides just to get them through these puzzles.

This often becomes annoying for one of these typical reasons: