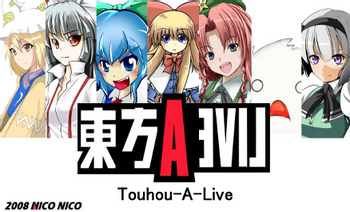 A fangame of Live A Live created in RPG Maker, which replaces many of the characters with Touhou Project characters. However there are many other alterations, namely in the attacks characters have. Some chapters are similar to the original with minor changes, but some have received major changes to the main story and is distinct enough from Live A Live. Various characters from the original game also make cameos, such as the nameless challenger from the Wrestling ending instead being Masaru himself and the space mini-game now starring Cube in a series of block puzzles.

The game, along with a complete fan translation, can be found here