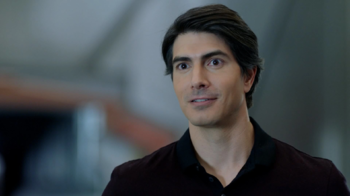 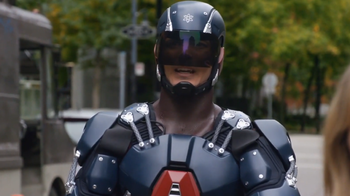 "I'm Ray Palmer. I can science my way out of anything."

A genius scientist and billionaire who uses a powered armor suit to fight crime as The Atom. Initially, he was a rival businessman to Queen Consolidated who seized the opportunity to take it over in Arrow Season Three. He later builds himself his A.T.O.M. Exosuit and tries to become a crimefighting superhero. Initially, he goes after Oliver, falsely believing him to be the murderer the public makes him out to be, before becoming a short-time member of Team Arrow himself.

After one of his experiments went wrong, he seemingly perished in an explosion. In Season Four of Arrow however, it was revealed that he was shrunken down and then captured by Damien Darhk and the H.I.V.E., who were interested in his technology. After being freed by Oliver and his team, Ray was later recruited by Rip Hunter and has since found his true calling as a time-travelling adventurer on the Waverider, putting his new-found shrinking powers to great use.

Over the course of the fifth Season of Legends, he marries Nora Darhk. On behalf of his father-in-law Damien, he decides to leave the Waverider (albeit with a heavy heart) to start a somewhat normal life with his wife.