A wealthy businessman who joined Tempest after his daughter was raped and beaten in the Glades.

A prominent crime boss in Starling City and father of Helena.

see the DCEU: Minor Villains and Criminals page for the character on an undesignated Earth who bears his name and background
Helena Bertinelli / Huntress 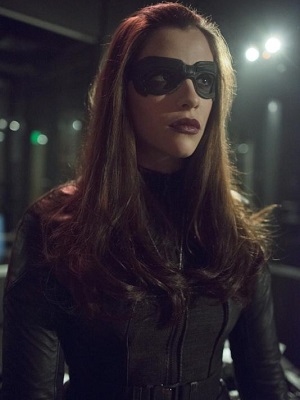 "Once you let the darkness inside, it never comes out."

Daughter of crime boss Frank Bertinelli, Helena began a murderous crusade against her father's criminal empire after he had her fiancé murdered for planning to turn evidence over to the police, which had actually been Helena's plan. After a temporary alliance with Oliver, who tried to make her a less brutal and murderous vigilante, she fled Starling City once her identity was exposed and her father escaped custody and disappeared.

A member of the Bertinelle family, whose exact relation to Helena and her father is unknown. He takes over the family after Frank Bertinelli's death.

see the DCEU: Minor Villains and Criminals page for the character on an undesignated Earth who bears his name and background
Jerry Bertinelli

Helena's cousin and the last active member of the family, who desperately tries to hold together what little of the Bertinelli's power remains. 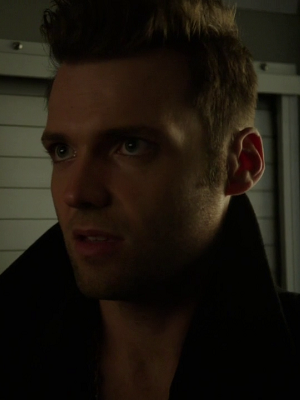 "I'm Count Vertigo, and I approve this high!"

A psychotic drug dealer who invented Vertigo, a new deadly and potent narcotic sweeping through the streets of Starling City. 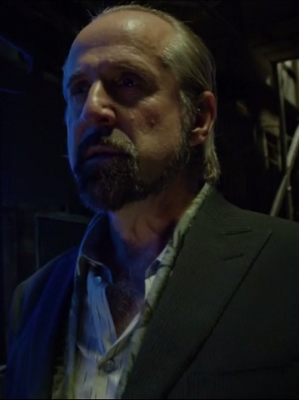 "The Count might be dead, true, but his glorious narcotic lives on."

The second Count, who gathered a band of criminals in the wake of the Arrow's cleaning up of Starling's criminal network. He tinkered with the original Count's Vertigo formula to make it even more potent and dangerous.

A former colonel in the United States Army and the founder of Blackhawk Squad Protection Group. He was Diggle and Lyla's commanding officer during their first tour.

A member of the Blackhawk Squad Protection Group, and a former marine who fought with John Diggle and Ted Gaynor in Afghanistan.

A member of the Blackhawk Squad Protection Group.

A member of the Blackhawk Squad Protection Group. 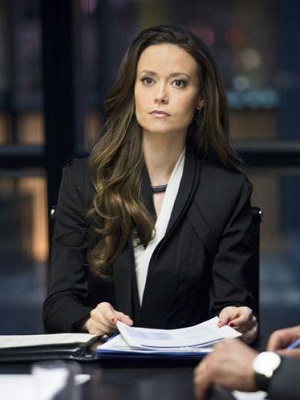 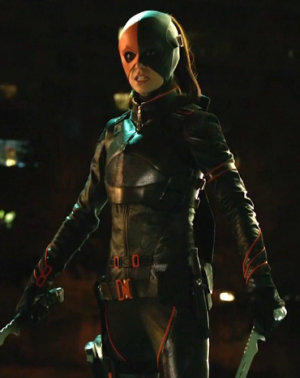 Species: Humannote Enhanced via Mirakuru from April 2014 before getting de-powered shortly before her death in May of the same year

Vice President of Acquisitions at Stellmoor International, Isabel comes to Starling City to purchase and liquidate Queen Consolidated. She ends up having joint ownership of the company with Oliver, and the two begin a reluctant working relationship.

It turns out that Isabel is working with (not for as she insists) Deathstroke as part of a plan to get back at Robert Queen's family, as she was once his mistress, but Robert decided that his family was more important and left her. This lead to her planning her revenge on the Queens by taking over their company and destroying their family. 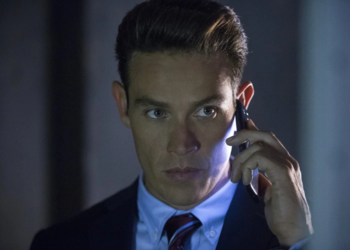 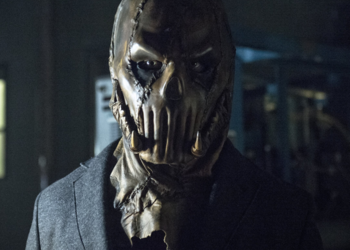 A charismatic city alderman, Sebastian Blood ran for the position of mayor and is an advocate for those affected by the Undertaking. However, he is also the secret leader of the Blood Cult, injecting both his followers and unwilling subjects with a mysterious serum to create a superpowered army.

The founder of the Church of Blood who appears in the tie-in novel Arrow: Vengeance.
see the Titans (2018): Villains page for the Earth-9 character who bears his last name and comic book connections 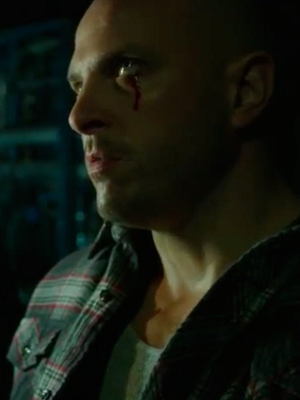 A follower of Brother Blood, and the first one to survive being injected with his mysterious formula.

A police officer who assists Brother Blood by covering up his crimes and disposing of evidence. 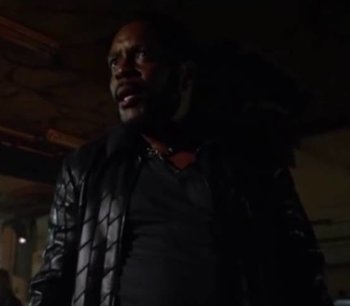 "Do you think I would go to all this trouble without a plan?"

A dreaded gangster who's already devastated Hub City and Bludhaven before setting his sights on Star City. 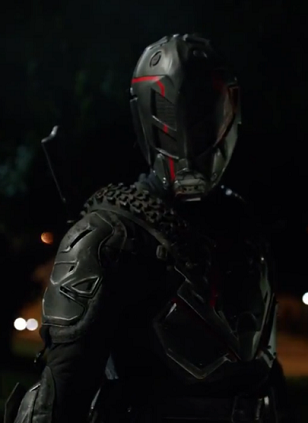 "After getting threatened by a freak, I hired one of my own." - Tobias Church

A mysterious masked assassin in the employ of Tobias Church. 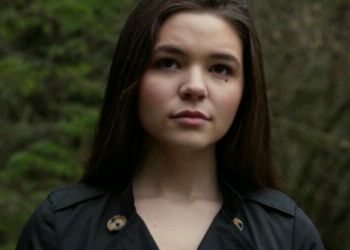 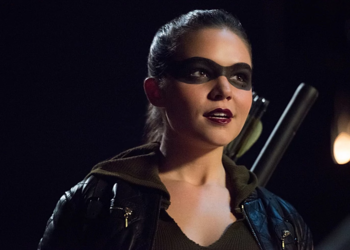 A teenage girl and amateur vigilante who briefly assumes the identity of Black Canary after Laurel's death. Oliver manages to take her off the streets, and she later becomes one of his new recruits to the team in Season Five. However, she turns against him because of lingering resentments over the fact he didn't save her parents from Damien Darhk and the reveal he was the Hood in Season One, and joins Prometheus in an effort to take him down.

See the Arrowverse: League of Assassins.

See his folder below in Brick's Slabside Gang 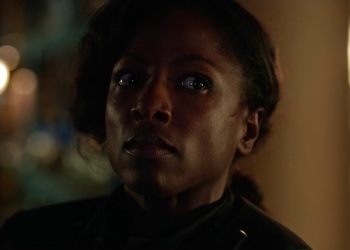 A police officer and leader of the Rogue Task Force, which attempts to ingrain itself in the drug trade to make enormous profit before fleeing what they believe to be a dying city. In the comics she is known as Lady Cop. 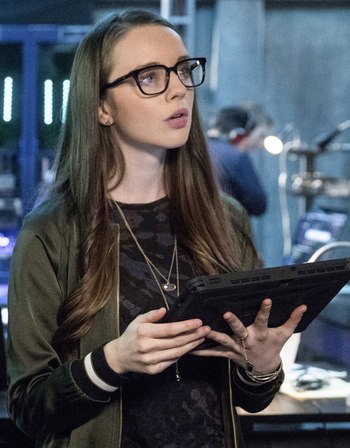 A hacker and fangirl of Felicity. Later helps her building up Smoak Tech. 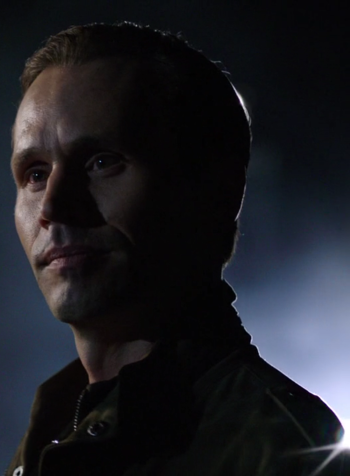 A high-ranking associate of Cayden James who rescued Black Siren on Lian Yu. 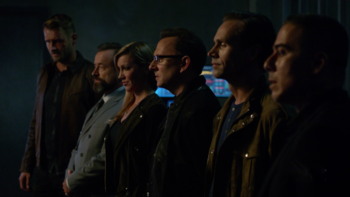 A team of criminals recruited by Cayden James that work alongside Helix to bring down Oliver Queen. Following Cayden James' incarceration and later death, all surviving members are recruited by Ricardo Diaz into a similar faction.

A powerful criminal organization, who specialices in drug dealing and has been secretly buying the loyalty of half of Star City. 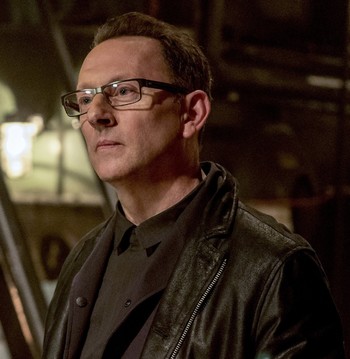 "The pre-Socratic philosopher Thales of Miletus, known as the father of science, believed that for any event there was a natural cause, even if we couldn't see it...and he thought that with perfect knowledge, man could control anything...everything."

The mysterious founder of Helix, who's been illegally detained by A.R.G.U.S. Once he escapes, he begins to cause trouble on a massive scale. 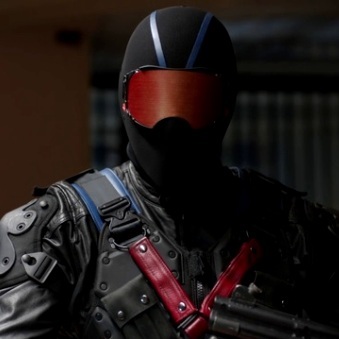 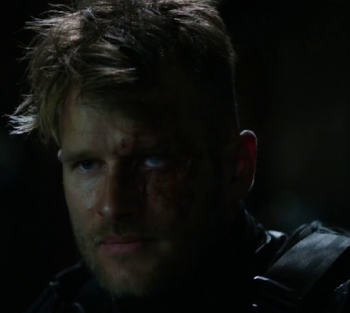 "I'm you. The only difference between us is I use a more efficient weapon."

An active vigilante operating in Star City after Genesis Day. He has been dubbed "Mr. Ski Goggles" by Felicity Smoak, before the media officially dubs him "Vigilante". He's later revealed to be Dinah Drake's supposedly dead boyfriend, whose near death experience changed him.

see DCEU: Task Force X - Officials and Agents for Adrian Chase, the character on an undesignated Earth who bears his codename and background
Vigilante: I'm you. The only difference between us is I use a more effective weapon. 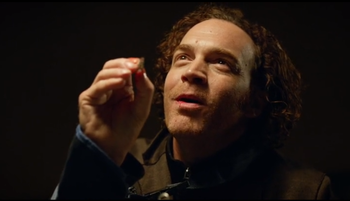 A terrorist and associate of Black Siren. 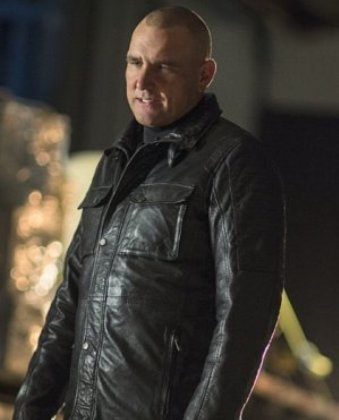 "You take me down, you walk out alive. I don't fancy your chances though."

A gang leader renowned for having survived being shot on multiple occasions, he recruits an army of criminals to take over the Glades. 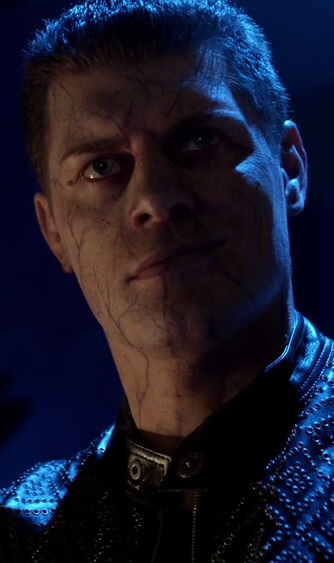 A drug-dealer who specializes in a drug called "Stardust", until after being thrown into a vat of Stardust, he emerges without feeling any sense of pain and gains advanced healing properties and body strength. 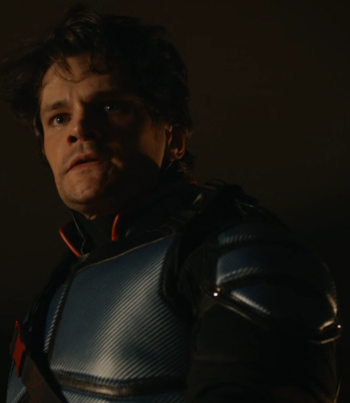 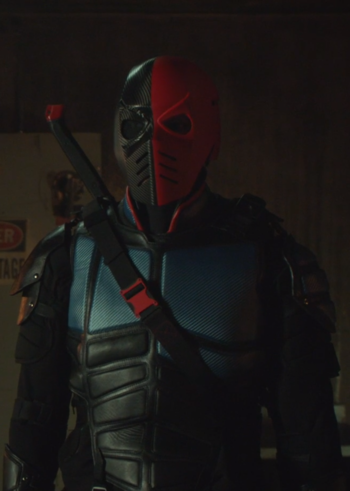