My Way or the Highway 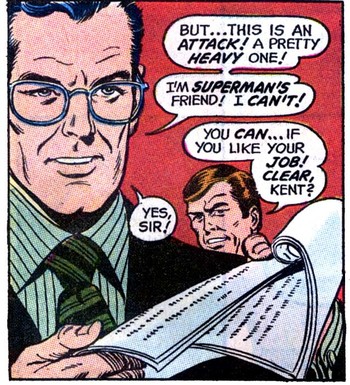 And now I'll tell you how high you have to jump
"Now listen up, Mr. Pink. There's two ways you can go on this job: my way or the highway. Now what's it gonna be, Mr. Pink?"
— Joe, Reservoir Dogs
Advertisement:

A character is offered an uncomfortable, non-negotiable choice that boils down to two options:

Unlike The Easy Way or the Hard Way, there is no threat of coercion or violence; it may instead carry an implication that the person being offered this choice is expendable.

The favored Catchphrase of the Control Freak, but may also be used by an older character to teach discipline, such as from a parent to their child (i.e. "My House, My Rules") or from a drill sergeant to a fresh recruit.