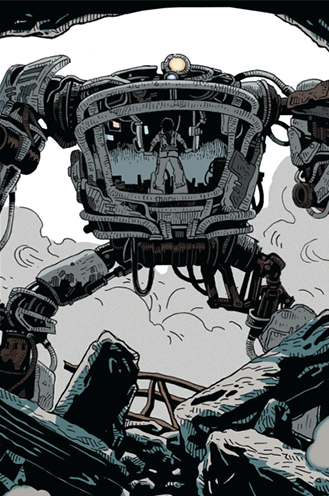 Sending it to the junkyard just means it comes back stronger.
As it is known, Humongous Mecha tend to be made of some sort of Unobtainium that's better than the alloys we have even today. Given what they have to face (Kaiju, other mechas, giant spaceships), this is natural.
Advertisement:

And then there are these robots.

As the trope name implies, they're made of scrap metal or otherwise relatively cheap materials.

Naturally, this means they'll be more fragile than conventional Humongous Mecha, and depending on the setting, they are either Joke Characters or simply low-tiered, yet there can be events that lead to them being surprisingly more valuable than one would assume a robot of their make to be.

Can be literal cases of What a Piece of Junk, because they usually literally are.