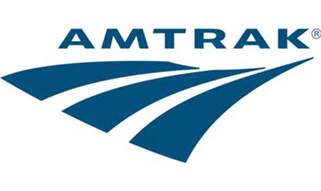 Amtrak, the trademark name of The National Passenger Railway Corporation, is the national railway of the United States. Privately-owned passenger trains in the US had always operated at a loss or barely covering costsnote They were mostly intended as a loss leader to get CEOs to sign on to lucrative freight contracts and/or to make land of places served more lucrative. As car ownership and passenger flights exploded following World War II,note In part due to massive government spending on the development of many advances in aviation for military purposes, the Interstate Highway System, and other measures that benefited road and air travel while railroads still paid taxes (sometimes even taxes specifically earmarked for road or air travel) many railroad companies were going out of business, in part because the government required them to provide passenger service. In 1969, the largest bankruptcy in history at that point was the Penn Central Railroadnote A merger of two major, competing and largely parallel East Coast railways, which arguably massively botched the merging process at a time when they could not afford to make any mistakes, essentially bankrupted by money-losing passenger service, and it proceeded to get worse (more big railroads would go under) if something wasn't done.
Advertisement:

So Congress passed a law ending this requirement and replacing it with a skeletal network that became Amtrak. It began service in May of 1971. Though ridership has rebounded enormously since then, the network is run on a very small budget, so certain priorities have to be set. It doesn't help that it is continually subject to Executive Meddling from Congress, making silly mandates such as requiring Amtrak to carry guns in checked baggage (without providing any funds for lockable cabinets for said gunsnote Most guns have a value of at least several hundred dollars, with many being worth thousands. No sane gun owner wants their valuable weapon to be outside their home in an unlocked cabinet were literally anyone could walk up and steal it.), as well as threats to cut off funding for onboard food service. Then, of course, are the continual demands that Amtrak somehow pay for itself, despite no other non high speed passenger rail system in the world making a profit, and despite massive federal funding for competing highwaysnote As of its 40th anniversary in 2011, it had received less funding in its entire existence than the Interstate received annually and airports. Things got a bit better during the Vice-Presidency of Rail Enthusiast Joe Biden, while the increasing costs and general unpleasantness of air travel, plus highways becoming increasingly congested and in some cases, rather boring to drive (especially through flat, practically featureless farmland), resulted in Amtrak ridership numbers topping 30 million for five straight years (FY 2011-2015), breaking ridership records several times along the way. Amtrak is also famous for making GOP senators who cry for the abandonment of all rail travel shriek in horror if a closure of a line through their state is proposed. Amtrak does bring vital tourist dollars to rural areas of Fly Over Country (for the precise reason that a train does not fly over said country) and pretty much every politician knows and acknowledges this, the only question is whether the funding for Amtrak is worth that. The answer depends highly on whose district the line runs through. The current Amtrak system map has about as much to do with politics as it does with transportation or the behavior of host railroads.

In the most heavily populated region, the Northeast, the rail system is extensive enough to rival those of Europe and includes a high-speed line. Everywhere else, it's generally slower than rail travel seventy years ago; this isn't for any technological reason, but rather largely one of power and scheduling (i.e.: the freight companies own most of the track, and often give their trains priority over Amtrak in scheduling; this results in a lot of delays outside major rail hubs like Chicago, as an Amtrak train may have to wait as much as an hour to let one or two or more freight trains pass before pulling into the station) and to some degree infrastructure (a lot of track could use some upgrades and much of it is single-track, which slows down times, and the bulk of Amtrak's equipment dates back to the 1970s-1990s, an issue that is only now being rectified with new locomotives and cars thanks to a stimulus package during the Great Recession). However, High Speed Rail - or at least the cheap American knock off version of it - is set to be extended to other regions in the next decade (the "Chicago Hub" region—which extends from Cleveland and Detroit to Kansas City east-west and Minneapolis to Louisville north-south—has seen particularly extensive improvements to Amtrak in preparation for it). But if media depict a passenger train in the contemporary US, it will most likely be an Amtrak train. In particular, it will likely be either a Pacific Surflinernote Going from San Diego to San Luis Obispo via LA or a Northeast Corridor trainnote Particularly the Acela Express, which only has first and business class (no coach) and is one of the most expensive trains in the world - but it actually makes an "above the rails" profit, even if the setting is somewhere completely different.

Another issue Amtrak has to contend with is the fact that American rail regulations are very different from those in Europe or East Asia. While Siemens could sell its high speed "Velaro" in five moderately modified versions in Spain, Germany, China, Russia and to Eurostar with only details like the electric system or the type of legacy train controlnote  all newly built lines use ETCS

, but older lines aren't yet equipped with it changed, that train would violate several regulations in the US and would have to be adapted in such a way that it would be heavier, less fuel efficient and less likely to be allowed on European rails. This means that a) Amtrak cannot easily procure used rolling stock from Europe, even when much relatively young rolling stock of a suitable type were otherwise availablenote Sleeper services in Europe have been cut back a lot since the 2000s and many cars were withdrawn from service at an age below that of some parts of the Amtrak fleet - Canada for instance bought the cars intended for the abandoned cross-Channel sleeper service

b) basically all trains have to be "custom built" for US needs. This means that Amtrak cannot place a common order together with another (European) railroad to lower costs and fewer manufacturers are likely to bid for a rolling stock order of Amtrak. Additionally, Amtrak never has enough cash on hand to make one big purchase (instead of several small ones), so Amtrak ends up making small orders for trains that nearly nobody manufactures and nearly nobody else can use.