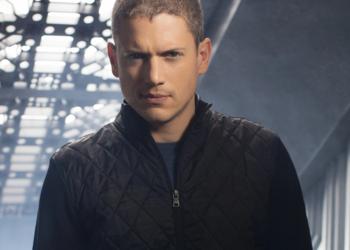 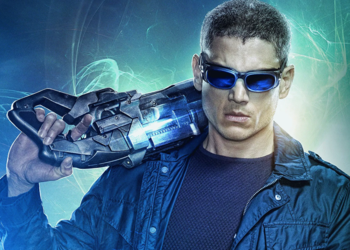 Affiliations: The Rogues, The Legends, The Legion of Doom

A world-class thief who gets a hold of a high powered, experimental cold gun, becoming one of Central City’s supervillains. Together with his long-time friend Mick Rory and sister Lisa, they form the Rogues, who quickly become persistent thorns in the Flash's side, always managing to slip away at the last minute.

However all of that changed when Snart's father Lewis planted a nanobomb in Lisa's head to blackmail his son into committing heists for him, forcing the Snart siblings to swallow their pride and ask Team Flash for help. From then on Snart was indebted to Barry, which meant that the Rogues were no longer the terror they once were.

After some time, he and Mick were "recruited" to join the Legends. Originally the two joined soley for the chance to rob and kill on the side, but being around such noble companions forced the two to mature (though Mick still kept his rough edge) into unlikely heroes — Snart would sacrifice himself to save his team from the Time Masters.

A year after his death, Eobard Thawne's Legion of Doom recruited a past version of Snart to steal the Spear of Destiny for them, back when he was Central City's public enemy number one. But the Legends soon set things right and with a quick memory wipe, Snart was put back in time on his path to be a hero.

see the Arrowverse: Earth-X page for his Earth-X counterpart
see the Arrowverse: Other Earths for the Earth-74 AI who shares his name and likeness
see the The Flash (1990) page for Leonard Wynters, the Earth-90 character who bares his first name and comicbook connections
Advertisement:
see the Smallville: Other Major Villains page for the Earth-167 character who bears his name and background
open/close all folders
A-C
D-G
H-L
M-O
P-S
T-Z