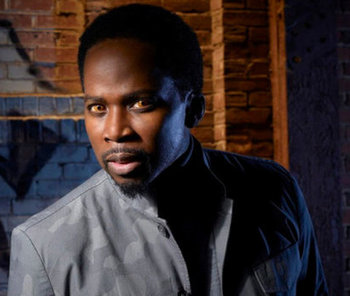 An angel sent to watch over John to warn him of the dark forces that are starting to rise on Earth.

The Ruling Triumvirate of Hell 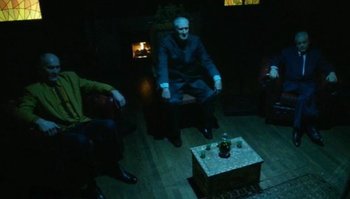 Satan / The First of the Fallen

Satan / The First of the Fallen 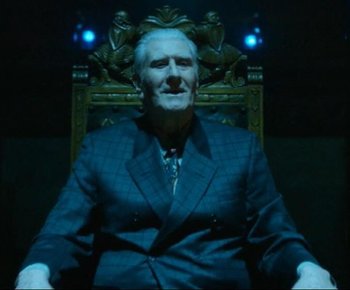 "The Devil used to be an angel. That's why he's called "The First of the Fallen". You ask a holy type and they'll tell you the soul is the purest expression of God's love, the spark of creation. Every time the First takes a soul, he's exacting revenge, paying back the Almighty for casting him out."
— John Constantine

The first angel to fall from God's Grace. 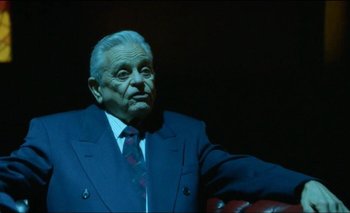 The second member of the Triumvirate. 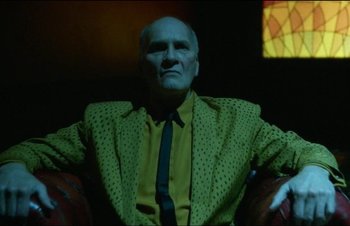 The third member of the Triumvirate. 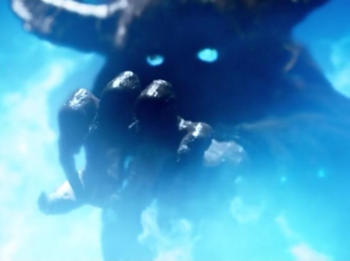 Appearances: Constantine | Legends of Tomorrow note  Flashback of his scene in Constantine

The demon who took Astra Logue to Hell as a result of John Constantine's arrogant actions.

A demon sent by Nergal to kill Liv Aberdine, Furcifer is the first demon of the series that John faces. 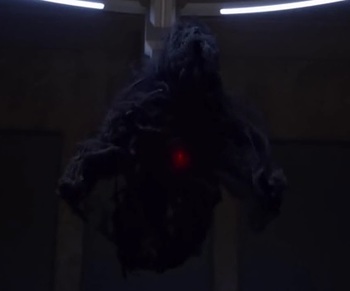 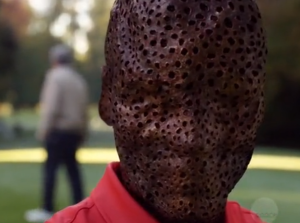 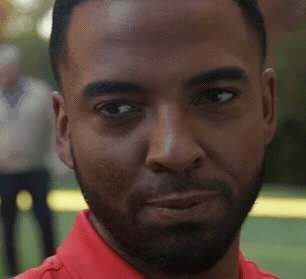 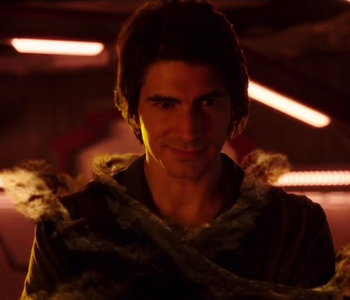 A demon who is after Constantine's soul and the Legends' main adversary in Season Four.

A hellhound which impersonated a Jack Russell Terrier that Gary found in Hell and which was adopted by him as his Emotional Support Animal, before revealing his true colours. 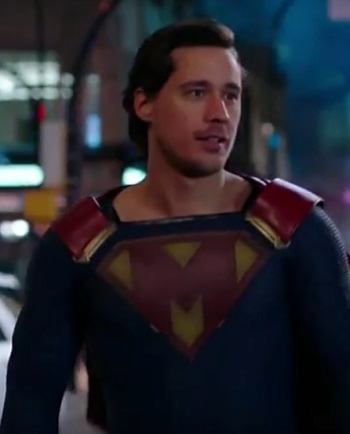 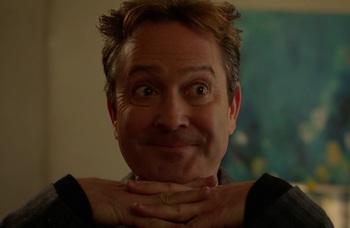 "Some say there's no way of knowing. But I say first, ask Mr. Mxyzptlk!"

A mysterious trickster from the Fifth Dimension. 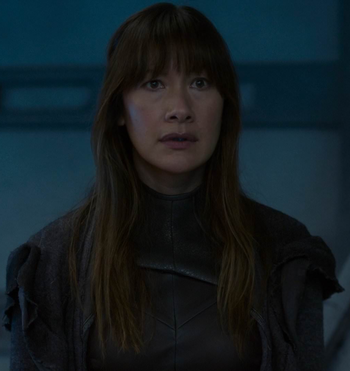 A former Princess from the Fifth Dimension, who got imprisoned in the Phantom Zone. 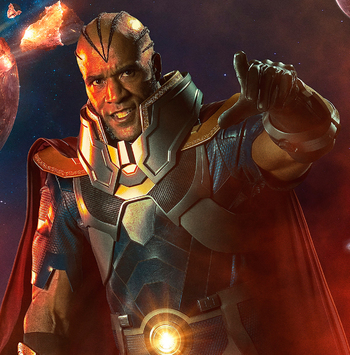 An extraterrestrial being of infinite power. 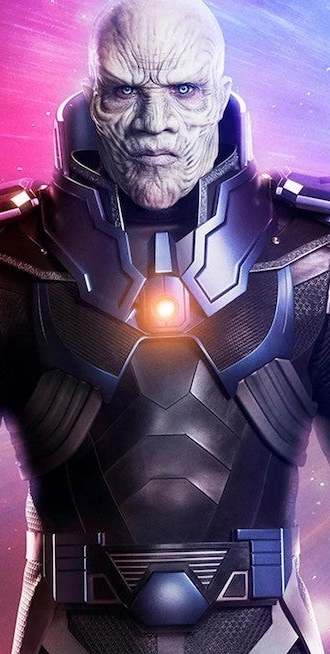 An Alternate Universe version of The Monitor from the Antimatter Universe.

In General
Spectres are mysteriously spirit-like beings who are in-tune with The Multiverse tasked with watching over it.
Jim Corrigan

Once a police officer, Jim Corrigan became a spectre. But now it is time for him to pass the mantle on to someone else.

In General
A trio of sister goddesses who are eons old and used the Loom of Fate to decide the destiny of the multiverse. Until one of them, Clotho, scattered the Loom of Fate across the multiverse before being locked away in a magical prison. She is eventually freed by the Legends in Season 4 and assumes the name of "Charlie" and the appearance of a departed Legend, Amaya Jiwe, at first seeming to merely be a magical shapeshifter. In Season 5, thanks to the Crisis resulting in a Merged Reality, Charlie informs the Legends that the pieces of the Loom are all now on Earth-Prime and her sisters are coming for her.
Clotho
See the Arrowverse: The Legends page
Lachesis 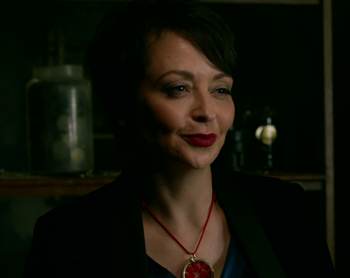 First Appearance: "A Head of Her Time" (Legends of Tomorrow 5x4)

The oldest of the Fates, she was in charge of measuring the thread of life. Currently, she is living in Hell as the Coin Maker, guiding Astra Logue in her crusade against John Constantine.
Atropos 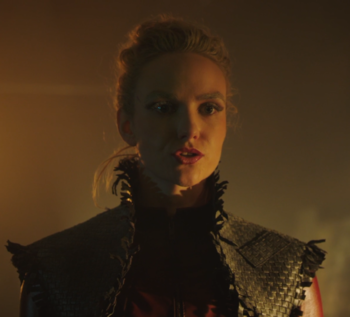 The middle of the Fates, she was in charge of terminating the thread of life. Unlike Lachesis, she is more proactive in searching for the Loom, terrorizing the Legends who shelter Clotho and the Loom from them. 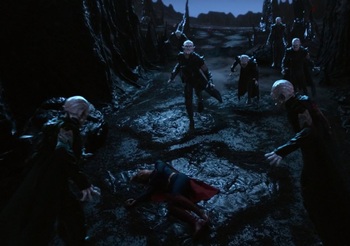 A wraith-like species originating from a dark planet at the edge of the Rao system, they are now native to the Phantom Zone, after being banished there. 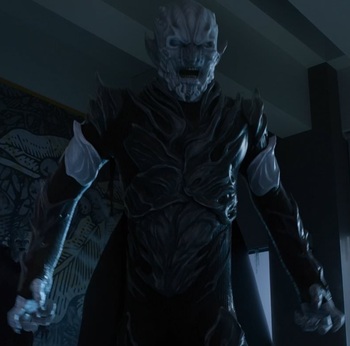 The largest and strongest of the Phantoms. 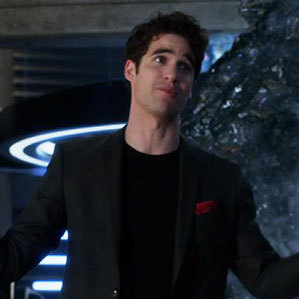 A mysterious being playing as a villain who was on Earth-38 before he manages to escape to Earth-1. Manages to put both Supergirl and the Flash under his hypnotic spell. 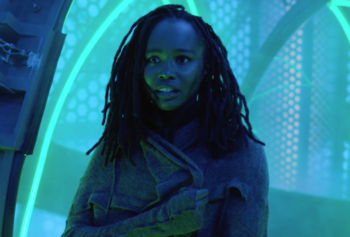 First Appearance: "The Book of Ruin: Chapter One: Picking Up the Pieces" (Black Lightning 4x5)

A being from the Ionosphere, the place Jennifer Pierce frequently visits to boost her powers, which eventually entraps Jennifer and tries to take her place in a new body. 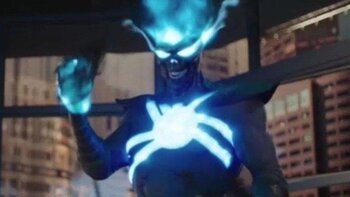 First Appearance: "The Fire Next Time" (The Flash 8x8)

An ancient cosmic malevolent force made up of cold fusion that gained a form upon Ronnie Raymond's death in the singularity and spent the next seven years travelling across the cosmos trying to find Caitlin, the love of his host body's life.

Alternative Title(s): The Flash 2014 Others