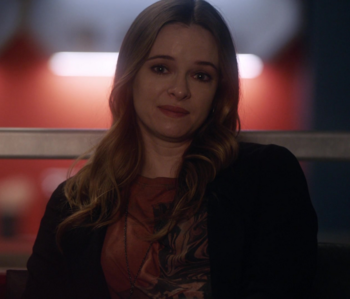 An MD and bioengineering expert at S.T.A.R Labs, and The Medic for Team Flash, Caitlin is a highly intelligent, hardworking young woman. After losing her fiancé Ronnie in the S.T.A.R Labs particle accelerator explosion, Caitlin mourns her husband, believing that her personal and professional life is ruined. She finally finds a new direction in her life by helping Barry Allen, the Flash, in his crusade against the evil metahumans caused by the particle accelerator explosion, along with her co-worker and friend Cisco Ramon and the alleged Dr. Harrison Wells.

After the events of Flashpoint, she begins developing powers in the form of a second personality, an alter named Killer Frost. Though initially intimidated by her, the two begin to care for each other and co-exist as two separate people. 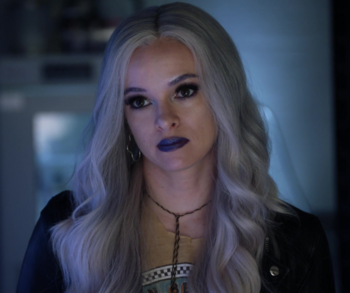 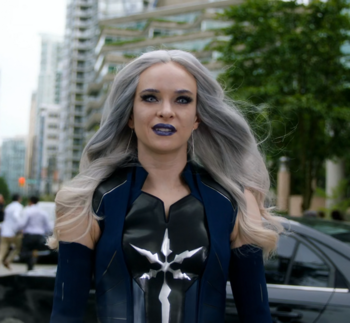 When Caitlin’s father ran experiments to cure his amyotrophic later sclerosis, he discovered she inherited the disease from him. Administering a cure, it caused her to develop Metahuman powers in the form of an alter, which would begin manifesting itself as a separate conciousness representing the repressed anger she's had over the various traumas and tragedy she's experienced. While Killer Frost at first attempted to destroy The Flash and his allies, eventually she and Caitlin came to an understanding; as such, Killer Frost became an ally, often showing up when Caitlin feels strong emotions or urgently needs her help.

During a battle with season 4 Big Bad The Thinker, he temporarily disabled Caitlin's access to Killer Frost, which is restored by season 5. In season 6, Caitlin allows Killer Frost to be the host much more frequently to live her own life, deciding to drop the "Killer" from her name and become a genuine hero. By season 7 after a meta-incident, she actually splits off from Caitlin, becoming her own person, with her own body.