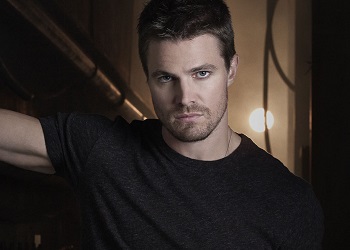 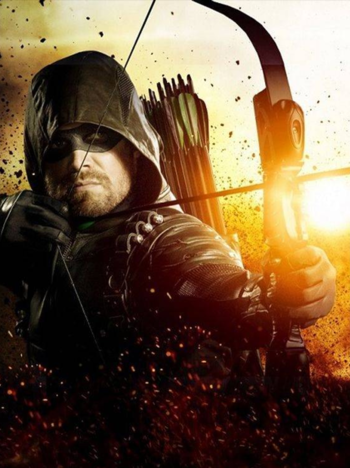 "You have failed this city!"
Click here to see Oliver as "The Arrow". 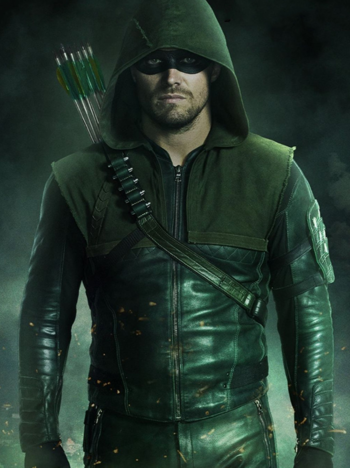 "Lately, I've been feeling like there is nothing left. Except the Arrow."
Click here to see Oliver as "Al Sah-Him". 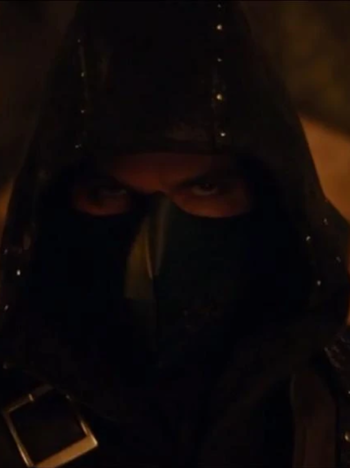 "He said I can do more as the new Ra's than I can ever do as Oliver Queen or the Arrow. That I would have unlimited resources. That I could make a difference, not just a dent."
Click here to see Oliver in his first Green Arrow outfit. 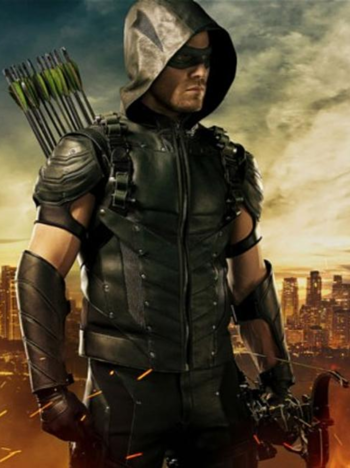 "Tonight, I am declaring my intention to stand with them. To fight for this city! To be the symbol of hope that the Arrow never was. I. Am. The Green Arrow."
Click here to see Oliver as "The Flash". 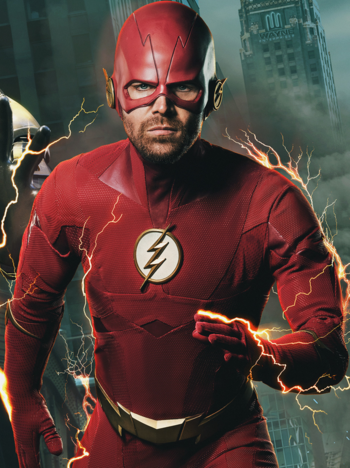 "Oh, Barry. What have you done this time?"
Click here to see Oliver as "The Spectre". 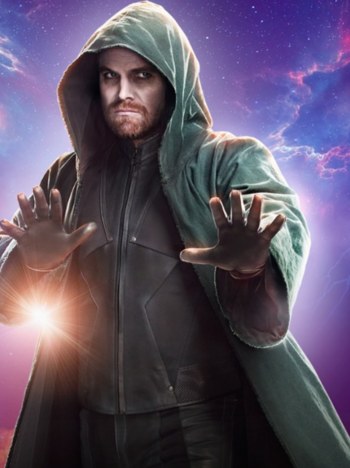 "Some might call me a ghost, a spectre that's in tune with the entire multiverse."
Advertisement:

Species: Human note During May 2016, he was briefly empowered, as he learned to use Light Magic. During December 2018, he became a Metahuman due to Reality Warping. During January 2020, he became The Spectre shortly before giving up his physical form to recreate The Multiverse and dying

"My name is Oliver Queen. After five years in hell, I returned home with only one goal — to save my city. For eight years, I fought alongside brave men and women striving for justice, but then the Crisis came and I had to become someone else. I had to become something else. I made the ultimate sacrifice, which helped birth an entirely new universe. Now my friends and family will have to go on without me and although I have become a Spectre, there is a part of me that will always be the Green Arrow."

A billionaire playboy more interested in girls, drinking and partying than doing anything with his life until becoming stranded on a (supposedly) deserted island for five years, during which he became a hardened killer. Oliver returned to Starling City and began a crusade to save the city as a vigilante, drawing in several allies to his cause.

After eight years of saving his city (and the world on more than a few occasions), he saved the entire multiverse during a dire Crisis. However, he did so at the cost of his life. Gone, but far from forgotten, his legacy lives on with every hero and vigilante that came after him.