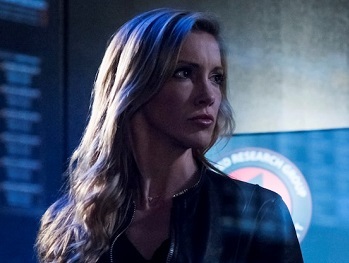 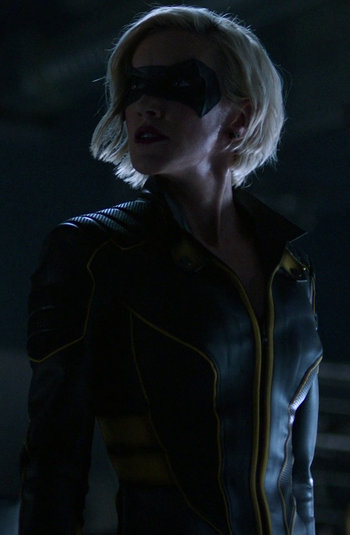 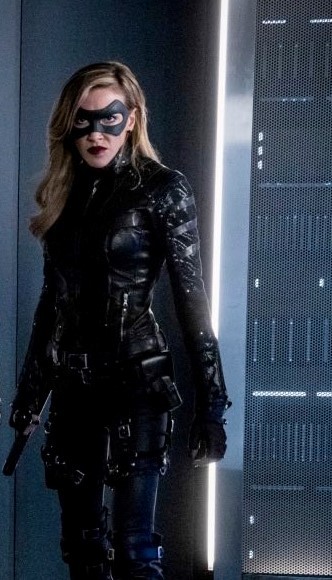 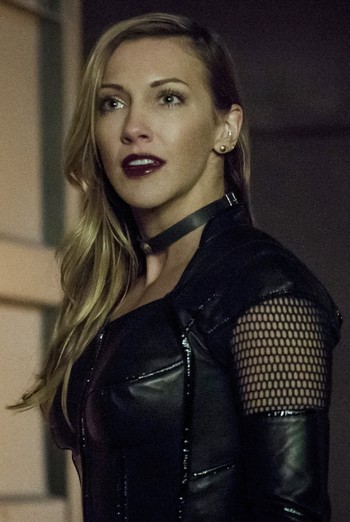 "I'm not the old Laurel. I'm me. Everyone has good and bad inside of them and you can't put people in one box or the other, ever."

"If you're trying to live up to us, don't. We are just as flawed as anyone, especially me. All you can do is live up to yourself."
To Mia Smoak, in "Prochnost"

The Earth-2 counterpart of the late Team Arrow member and Star(ling) City ADA Laurel Lance, known as the superhero Black Canary. A metahuman who can produce high frequency sonic waves through shouting, she's originally introduced as one of Zoom's most powerful allies, whom he brought to the main universe from Earth-2 to wreck havoc on Earth-1 Central City and soon finds herself entangled with Team Flash. After her defeat, she's incarcerated at the pipeline on S.T.A.R. Labs for some time before getting rescued by Simon Morrison aka Prometheus in order to psychologically break Oliver Queen. After Prometheus' defeat, she finds herself fighting against Team Arrow several times while working with their succeeding enemies Cayden James and Ricardo Diaz.

Circumstances in between ultimately led her into having to impersonate her late Earth-1 counterpart and live her life.

However, her encounters with her late Earth-1 counterpart's father, whom himself is the Earth-1 counterpart of her own late father, gradually changes her for the better, which she solidifies after his death at Ricardo Diaz's hands. To fully atone for her sins, she decided to become the Black Canary of her home universe, until it's destroyed by the Anti-Monitor. In the Post-Crisis world, with multiverse travel considered impossible now up to that point, she is considered the only Laurel Lance of Earth-Prime instead of the Earth-1 version.

After Oliver sacrifices himself to help recreate the multiverse, Laurel travels twenty years into the future. She recruits a time displaced Dinah Drake and Oliver's daughter, Mia Queen, to help prevent the now-peaceful Star City from falling into disarray once again by unknown forces.