A Tyrannosaurus rex that Ray made an enemy of when trapped in the Cretaceous. 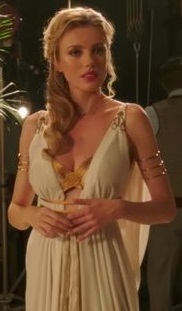 The one and only Helen of Troy, who found herself in Hollywood , 1937, due to a time anachronism. Zari later drops her off at the island of Themyscira, so she can finally live far away from men and become stronger. 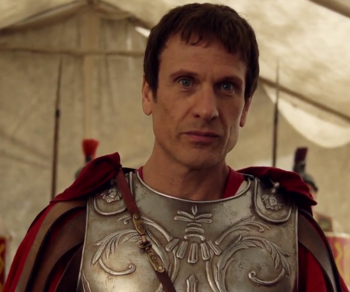 The famous roman conqueror, who finds himself time-displaced in Aruba.

The legendary King of Camelot.

The legendary Queen of Camelot and King Arthur's wife. 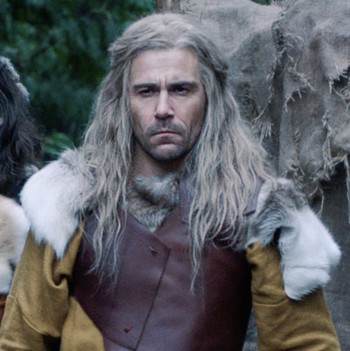 John Constantine's earliest recorded ancestor, a king of one of the Celtic tribes of the British Isles and the first of Constantine's bloodline to wage a war against dark magic.

A woman betrothed to an evil shogunate who saved Nate Heywood's life. She is Tatsu Yamashiro's distant ancestor.

Ruler of Japan in 1641 and a renowned tyrant.

The most feared pirate in history, Blackbeard.

The Commander-in-Chief of the U.S Continental Army. 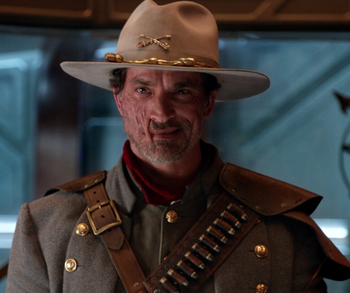 A former Confedarate soldier and morally ambiguous gunslinger in the Old West with knowledge of Time Travel.

see the Arrowverse: Other Earths page to see his Earth-18 counterpart
Jeb Stillwater

An outlaw who leads a gang that terrorizes towns during the 1800s.

A general of the Union Army.

The man responsible for the destruction of the town of Calvert, Oklahoma and Jonah Hex's Arch-Enemy.

The founder and owner of Barnum's Roving Museum of Freaks and Hypnotic Hippodrome, as well as the ringmaster of his self-proclaimed "Best Show on Earth".

Martin Stein's great-great grandfather who looks identical to his descendant. He's an actor as well as a cultist who works for the Cult of Mallus.

A legendary author whom the Legends meet in 1809.

A soldier and future literary icon.

A Prohibition agent in Chicago, United States, who fought to take down the devious gangster Al Capone.

A famous aviator who disappeared during an attempted circumnavigational flight in 1937. Though this was less "disappearance" and more "abduction" as Bishop had her collected for his experiments.

A Nazi officer who took a Super Serum provided by Thawne to become a hulking monster.

The King of Rock in 1954 before he reached fame. Due to him coming into possession of the Death Totem in his guitar, this led to him summoning spirits of the dead and everyone fleeing his hometown, preventing his ascension to fame.
Lindsy Carlisle

A nurse who works at a psychiatric hospital in The '50s she becomes Sara's Love Interest during her brief stay there.

A teenage girl in The '50s whose boyfriend disappears after an encounter with Vandal Savage. She becomes Jax's very brief love interest.

The wife of Dr. Curtis Knox aka Vandal Savage.

The future director of the Showa Era Godzilla films.

Dr. Ellen Moore
Future head of Sumner asylum and Nora Dahrk's caretaker in The New '10s, the Legends visits her during her stint there in 1969 for further investigation.
see Arrowverse: Star City - Citizens page
Jerry Garcia

The lead singer of The Grateful Dead who performed at Woodstock. Nate had to take a marijuana from him as one of the ingredients needed to banish a demonic unicorn back to Hell.

A rock star and guitarist who performed at Woodstock. He owned a Shaman that the Legends had to take from him as one of the ingredients needed to banish a demonic unicorn back to Hell.

A female rock star who performed at Woodstock. She owned a lock that the Legends had to take from her as one of the ingredients needed to banish a demonic unicorn back to Hell.

The former presdient of Cuba. The Legends run into him during the Cuban Missile Crisis.

A Classics professor at St. Roch University, who is an expert on the story of Chayara/Kendra and Prince Khufu/Carter. 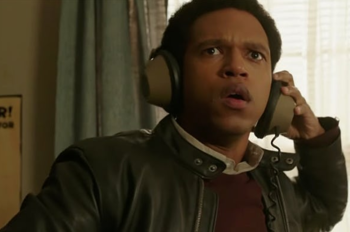 "Clearly, you have some grievances. But perhaps we can look for a common ground."

The first African-American President of the United States, who get's targeted by the Cult of Mallus (Grodd specifically) during his college days.

The Queen of England who the Legends encounter in 1977. She was impersonated by Charlie.

Jefferson Jackson
Jax as a newborn, whom the Legends kidnap in order to save him from being erased in the timeline by the Pilgrim.

John Noble is an actor who appeared in The Lord of the Rings: The Return of the King as Denethor, the father of Boromir and Faramir.

The son of Kathy Meyers, initially believed to have been the Prom Night Slasher himself