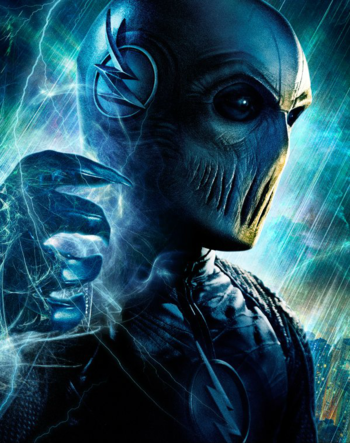 "Never forget. I am the fastest man alive!" 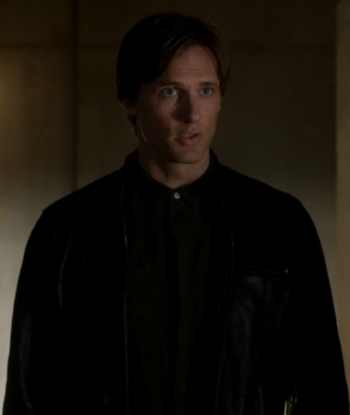 "Family, such a weakness." 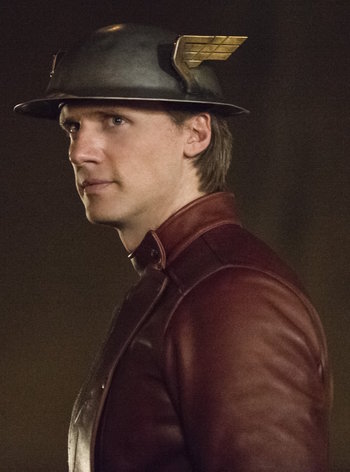 "Where I came from, I was a speedster like you. They called me The Flash."

Species: Metahumannote Until May 2016 where he became a Speed Force related entity

Voiced By: Tony Todd (as Zoom)

A murderous, sociopathic speedster debuting in Season Two. He dresses in a black version of the Flash's suit, which covers his entire body like a cancerous growth. He is obsessed with being the only speedster in the entire multiverse, and sends Earth-2 metahumans to Earth-1 to kill Barry. At the same time, he poses as "Jay Garrick", who is supposedly "The Flash" from Earth-2, and acts as a Big Brother Mentor to Barry and his team. In reality, the real Jay Garrick is The Flash from Earth-3 whom Hunter imprisoned after defeating him in combat. We later find out that, much like Barry, he saw his mother die; the difference was that his father actually committed the crime. Unlike Barry, he had no support system, and was sent to an orphanage where systematic abuse, coupled with no one taking the time to care, led to him taking a horrific path...

After Zoom and Barry's Final Battle, with the entire multiverse on the line, Zolomon is defeated and dragged into the Speed Force by the Time Wraiths, whereupon he is transformed into the Black Flash, the Grim Reaper of Speedsters and an agent of the Speed Force.