In General
Harry Wells: There's a fifty-third Earth and it's called Earth-X. It doesn't have a designation because it's a place so awful, so horrific, no sane person ever traveled there. Basically our Earth, same history, same timeline, but with one crucial and critical difference.
Martin Stein: Let me hypothesize: The Nazis developed the atomic bomb before the United States did and were more than happy to use it.
Harry Wells: Yes, the Nazis won the war. And New York, Paris, London, Moscow, all obliterated. The SS set up outposts not only all throughout Europe, but the Americas. And Hitler continued his brutal reign, aided by presidents and prime ministers sympathetic to him, until his death in 1994.

The 53rd Earth of The Multiverse and most hostile one of them all — the one where the Nazis actually won World War II.

In General
Ray Terrill / The Ray I (Earth-X) 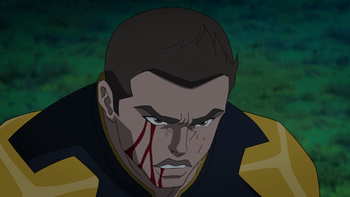 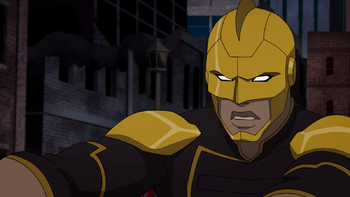 A man investigating a secret project of government officials attempting to use light as a weapon of mass destruction, only to get caught. The head of the project exposed Ray to a "genetic light bomb", hoping to kill him, but instead it gave him light-based powers. Realizing he could actually stop crime instead of just report about it, Ray joined the Freedom Fighters to fight crime and oppression.

The Ray quickly established himself as one of Earth-X's most powerful Freedom Fighters. Unfortunately, he was fatally wounded by Blitzkrieg of the New Reichsmen; Vibe teleported him to Earth-1, where he gave his powers and the neuro-cortex of Red Tornado to his doppelgänger before dying. 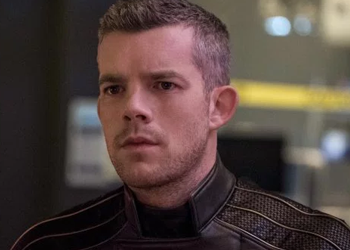 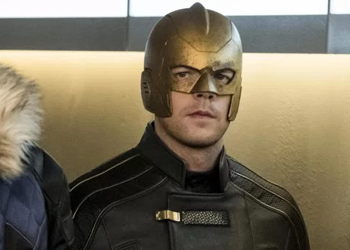 The Ray's counterpart from Earth-1. He lived in Tulsa, Oklahoma, and had an older brother named Michael who fought in the War Against Terror until he was killed in Afghanistan. As his parents' only son left, he still lived at home with them and kept his homosexuality a secret from them, only trusting his friend John with it. Ray gained light-based powers from his dying doppelgänger and used them to stop crime in his hometown, honing his skills, until he eventually found his way to Earth-X, where he decided to stay. 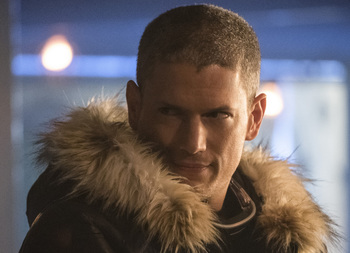 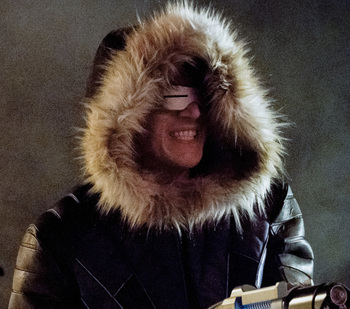 The Earth-X Alternate Self of the late Leonard Snart, a heroic version of his counterpart. 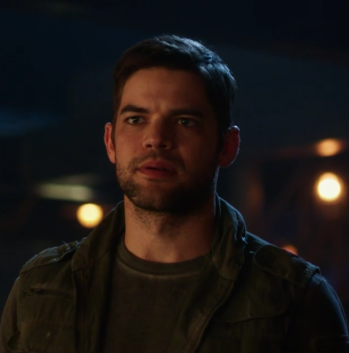 see the Arrowverse: Other Locales page for his Earth-1 counterpart
Phantom Lady

see the Arrowverse: Other Locales page for her Earth-1 counterpart
Cisco Ramon / Vibe

There are more like me. And one day, they will free this world.

A hero named Guardian, presumably also named James Olsen, who was killed by Dark Arrow in the opening scene of Crisis on Earth-X.

The Earth-X counterpart of Mick Rory, who died several years ago after saving police officers from a burning building. 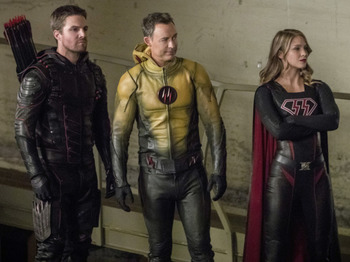 The enforcers of the Nazi regime. 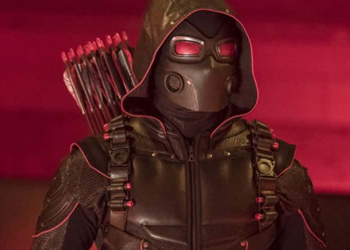 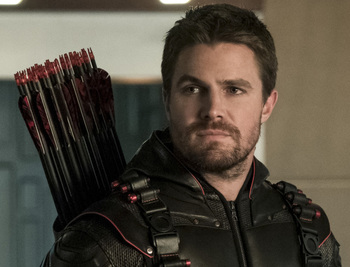 Der Führer of Earth-X and The Leader of the New Reichsmen. 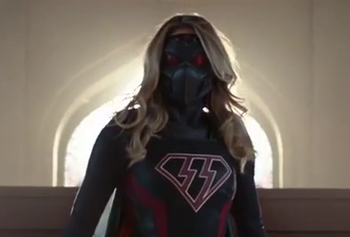 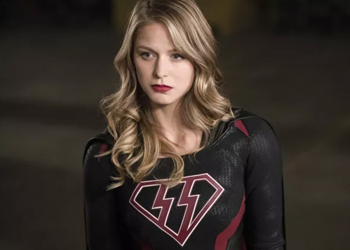 Overgirl: You're looking more human. Scared, helpless, pathetic. Inferior.
Kara: We're not that different from them.
Overgirl: Oh, please, we're everything they want to be. Blond, white. Aryan perfection.

A Kryptonian woman who landed on Earth. Rather than being shunned for being an alien, she was embraced not only for immense strength but for also being the "ideal" Aryan.

The leader of the Reich prior to Dark Arrow.

A speedster, and enforcer of the New Reichsmen.

A villainous archer and member of the New Reichsmen. 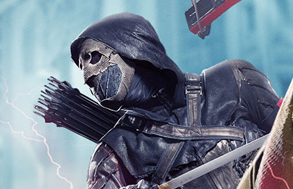 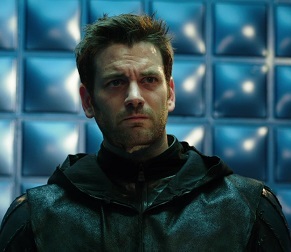 "Your naïveté would be charming, if your weakness wasn't so pathetic..."

Earth-X's version of Prometheus, who is not the same person underneath the mask as his Earth-1 counterpart, Simon Morrison alias Adrian Chase, but rather Tommy Merlyn.

Earth-X's version of Metallo, who might have once been John Corben.

See the Arrowverse: Earth-38 — Criminal Groups & Organizations section for its Earth-38 counterpart
see the Smallville: Other Major Villains page for the Earth-167 character who bears his name and background
Sturmbannführer Lance 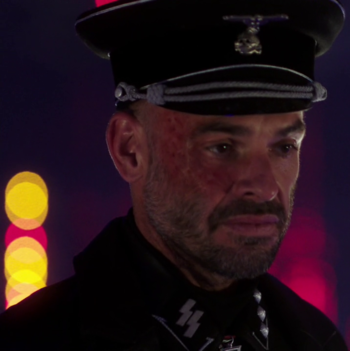 Appearances: Crisis on Earth-X note (The Flash | Legends of Tomorrow) 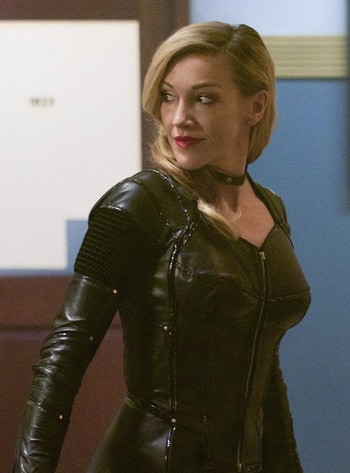 The last survivor of the New Reichsmen, hellbent on getting revenge on Leo Snart and the rest of the Freedom Fighters.

An unnamed woman who is Felicity Smoak's Earth-X counterpart as well as a Jewish captive of the New Reichsmen.

An unnamed woman who is the Earth-X counterpart of Sara Lance and the late daughter of Sturmbannführer Lance. She was executed by her father upon him discovering she was bisexual.

An unnamed woman who is the Earth-X counterpart of Alex Danvers and the adoptive sister of Overgirl, who killed her in the past.