In General
The One Hundred, or The 100, is a gang of criminals who reside in Freeland, terrorizing the city at any given chance. The leader of the gang is Tobias Whale.
Latavius "Lala" Johnson 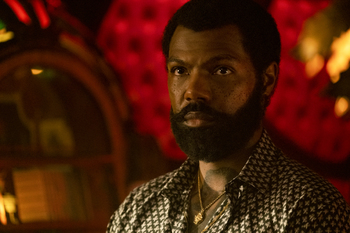 A former student of Jefferson's, and later a high-ranking member of the 100, before being killed and resurrected by Tobias. He's since experienced death several times, gaining the memories and visions of those he kills, and is currently trying to parlay his experience into taking over the power vacuum created by the occupation of Freeland. By Season 4, he has taken over The 100. 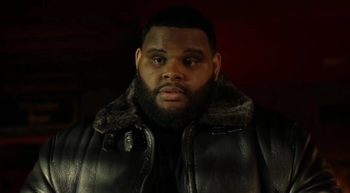 Lala's second-in-command. An overweight young man with diabetes, he was wrongfully swept up by the ASA and spent time in The Pit before being released. With Freeland still under occupation, he has fallen in with Lala in order to profit.

Tobias Whale
see his folder down below
Will 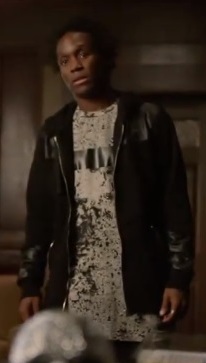 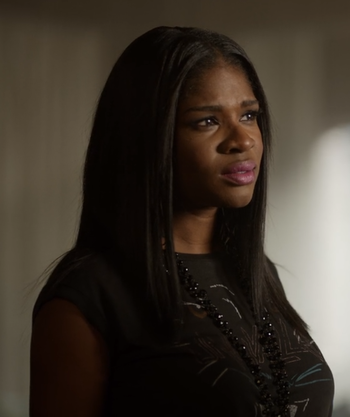 Tobias' younger sister, who comes from Miami to Freeland to help him kill Black Lightning. 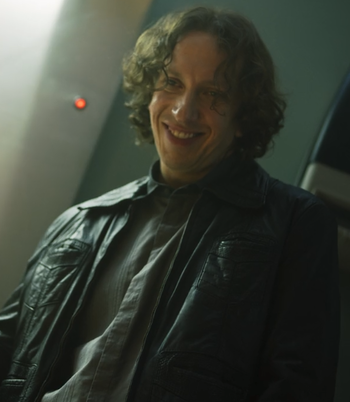 One of Tobias's top lieutenants. He's been around since Black Lightning's first crusade. 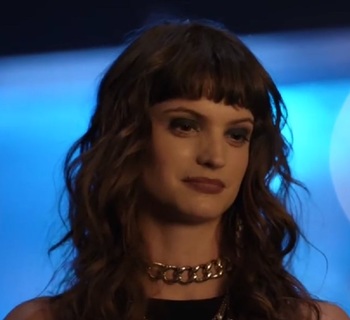 Tobias's right-hand woman, who trained her to become an assassin when he took her from an orphanage when she was eight-years old.

A brilliant computer and robotics student who after burning his bridges at his college falls in with Tobias.

Four criminal metahumans who were put into pods, revived by Tobias Whale and forced into his service.

The first Master of Disaster released by Tobias. He has vibrational powers.

A Master of Disaster released by Tobias. He has cryokinetic powers.

A Master of Disaster released by Tobias. She has hydrokinetic powers.

A Master of Disaster released by Tobias. He has pyrokinetic powers. 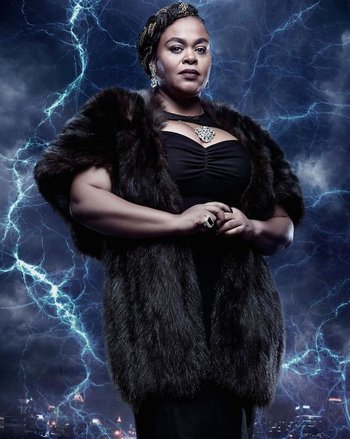 "I don't mind people believing in God. They just can't believe they can take back these streets."

A funeral parlor owner connected to Tobias Whale, backed by a secretive underground criminal group in Freeland. Seemingly killed in Season 1, she makes her return in Season 3.

A close associate of Lady Eve who also works at the Ultimate O. 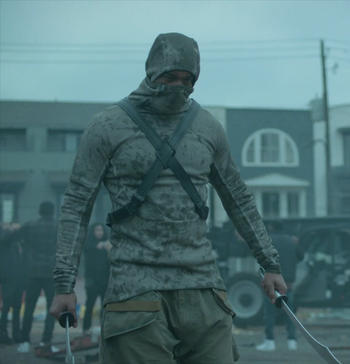 An assassin working for the Kobra Cartel, who wishes to join the League of Assassins. 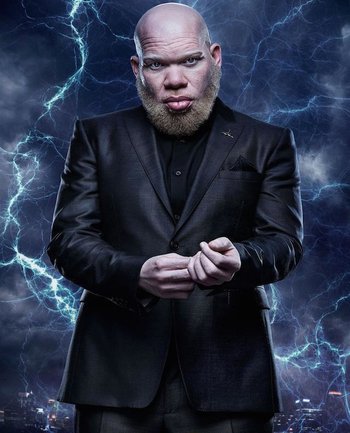 "Do you believe in the Resurrection, Latavius? The concept itself is beautiful, but it's a complete fantasy."

The boss of the One Hundred, formerly a city politician who killed Jefferson's father which set him down the path of being Black Lightning.

Tobias Whale's lawyer as of Season 4.

In General
The white people of South Freeland engaged in a century long feud with the African American population — the Perdi. The Sange are under the control of the Looker.
The Looker 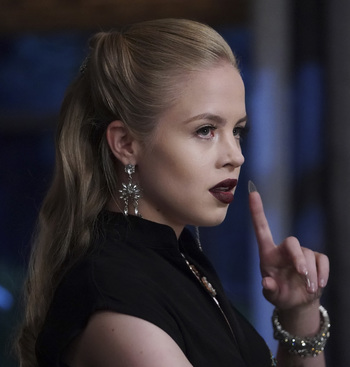 A mysterious white woman with mind-controlling powers who took over the Sange, after the ASA's original vaccine experiment ended and rules South Freeland like her own kingdom, terrorizing the local black population - the Perdi.

A childhood friend of Jefferson's, several years younger than him, who fell into petty crime. 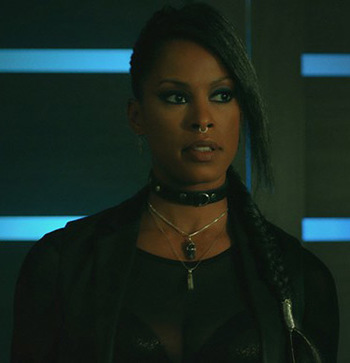 A hitman who is hired by Tobias to bring Khalil, who ran away, back. 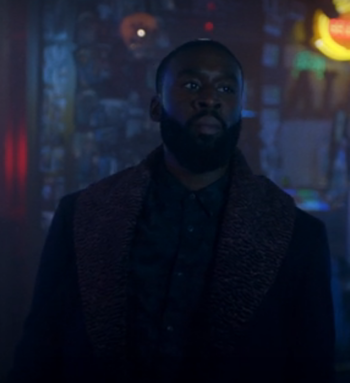 A metahuman bounty hunter with teleporting abilities, hired by the Markovians. 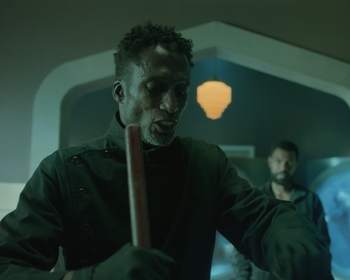