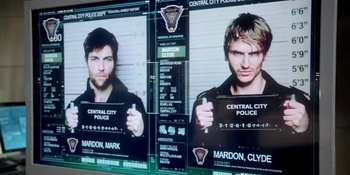 A pair of brothers who are career criminals before being turned into metahumans with weather manipulation powers. 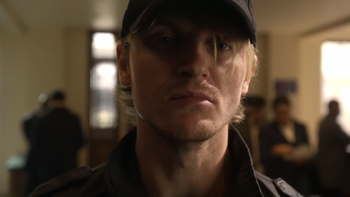 A criminal and bank-robber who gained the power to control the weather from the particle accelerator explosion. 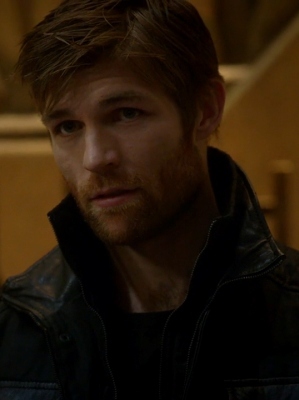 "If you can't protect your family, the least you can do is avenge 'em."

Clyde Mardon's older brother. He holds a grudge against Joe for shooting his brother.

The Tricksters and Prank

Tropes that apply to these characters: 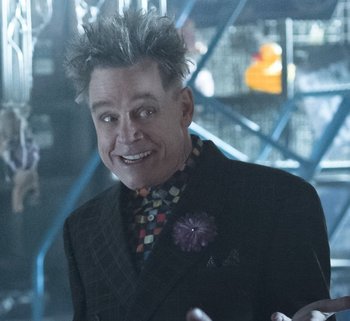 "You have to admit...that was one hell of a trick."

Known Aliases: The Trickster I 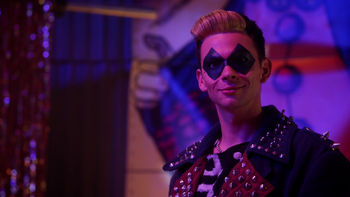 "Tricked ya. Look who's back?"

James Jesse's son, a copycat criminal who takes over his father's alias and modus operandi. 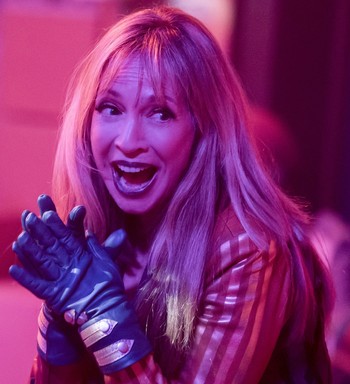 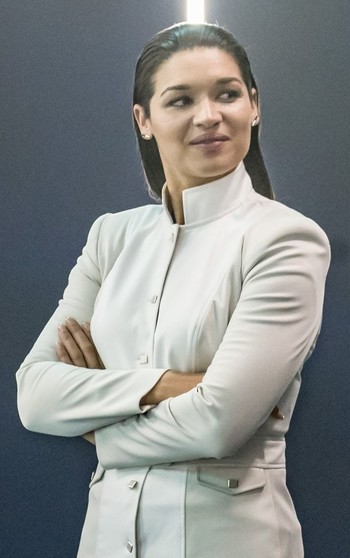 "A helper? Is that what you think I am? A mindless minion carrying out her master's bidding? Some sort of evil secretary? No, Mr. Allen. I am now and forever will be my husband's partner."

DeVoe's assistant and wife. An engineer of peerless skill who builds the designs DeVoe comes up with. Over time, she becomes disillusioned by the man he becomes and ultimately decides to make things right and work with the Flash and his team to take him down. 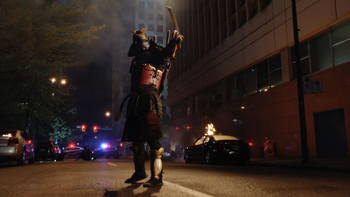 A type of combat android controlled by the DeVoes. 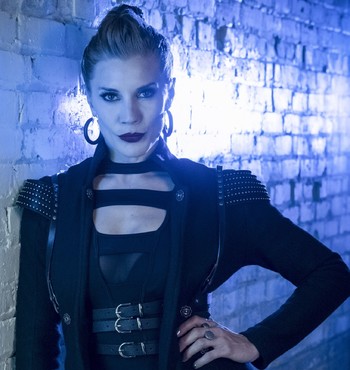 " I've got forgiveness in my kidneys...there's no beat, beat in this chest sister."

A nefarious crime lord, with the ability to control and manipulate metal, who once had a connection with Caitlin/Killer Frost. 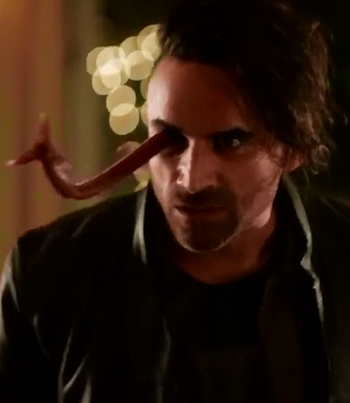 Amunet's third-favorite henchman who became a meta when the particle accelerator explosion went off and had a snake infused into his skull at the local zoo. 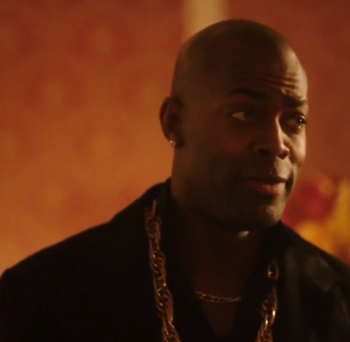 "See, here's the thing. Scum recognizes scum. I'm scum. And I've survived this long by recognizing the same. Like you. You're scum. I sniffed you coming a mile away."

A metahuman with liquid gold inside his body which he can use to become invulnerable or heal injuries. He runs an illegal weapons market in Central City, as well as having a complicated relationship with fellow Meta-criminal Amunet Black. 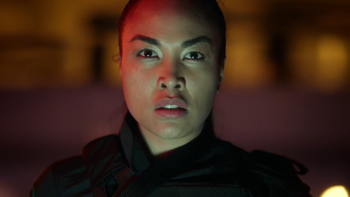 The leader of Eden Corps, an eco-terrorist cult. 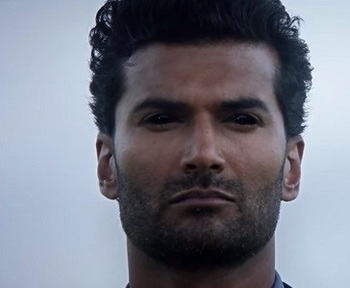 First Appearance: "Into the Void" (The Flash 6x1)

"I will never accept death. Not like you did."
A former colleague of Caitlin Snow whose experiments transform him into a metahuman with the power to control blood.
Mitch Romero

An arms dealer who gets fatally injured during a meeting with Ramsey Rosso, but gets resurrected as a mindless zombie.

Black Hole
A mysterious organization that operates under McCulloch Technologies led by Joseph Carver. They are known for employing metahuman assassins. 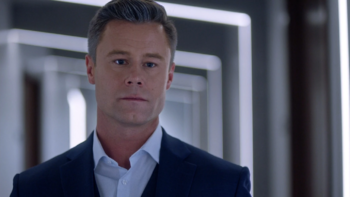 The CEO of McCulloch Technologies and leader of Black Hole. 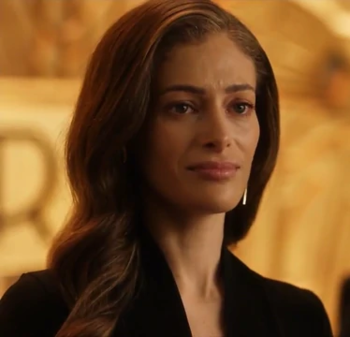 "You just stay out of my way, Flash, and I'll stay out of yours. I have unfinished business to attend to, and a whole world to liberate."

The wife of Joseph Carver. After the accelerator exploded, she found herself trapped in the Mirrorverse with no way out. She befriends Iris, who's also trapped within, only to begin using her for her own vendetta against her husband for leaving her for dead.

Season 7 opens with the revelation that she, in fact, is Dead All Along and is her own mirror copy. When news of this spreads after her return, she decides to replace everyone with copies and rule over them as Mirror Monarch.

see the Arrowverse: Earth-2 page for the male pre-Crisis Earth-2 character who bears her name and background

Allegra's cousin, former leader of the gang she was part of, now a trained killer of Black Hole.

The Post-Crisis iteration of Doctor Light, who works as an assassin for the secret organization.

A former member of the U.S. Army who received metahuman powers at the night of the particle accelerator explosion. 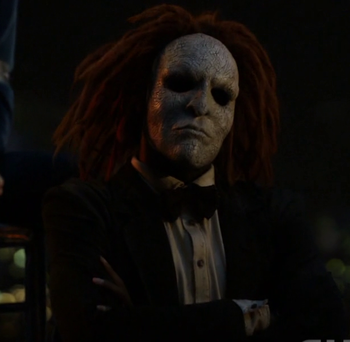 A metahuman who gained his powers of the night on the Enlightenment, where he was crushed by a piece of the dark matter-infused S.T.A.R. Labs satellite and ended up gaining the power to twist and contort himself in whatever way he likes.

First Appearance: "Love Is A Battlefield" (The Flash 6x11)

A mysterious clone of Iris that takes her place when she is entrapped.

The Mirrorverse-counterpart of Kamilla Hwang.

The Mirrorverse-counterpart of David Singh.

Sam Scudder
A metahuman criminal who went by the name Mirror Master. He is revealed to be the first mirror clone created by McCulloch.