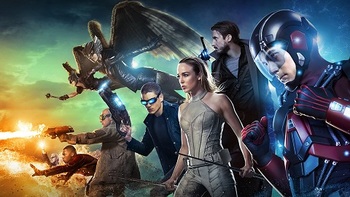 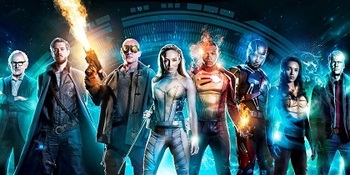 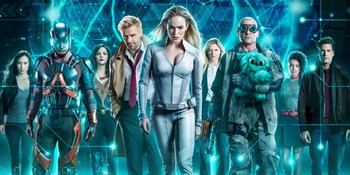 A group of individuals initially formed to stop Vandal Savage's threat. After his defeat, they took it upon themselves to function as a Time Police.

The Waverider
The timeship that the Legends use to travel through time.
Advertisement:

Current Members
See this page for more details.Characters included on the page:

Characters with their own pages:

Former Members
See this page for more details.Characters included on the page:

Characters on other pages:

A rat that Ray finds on the ship and gifts to Mick as a Christmas gift. He later dies from drinking the contents of one of Ray's lab equipment. 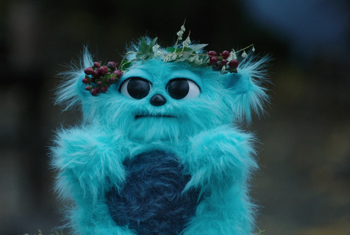 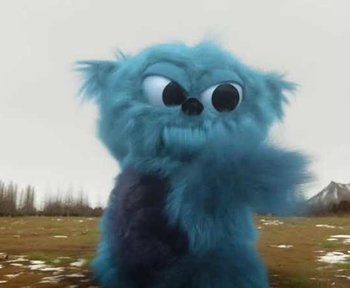 Species: Stuffed toynote Empowered by the Six Totems during the Final Battle with Mallus 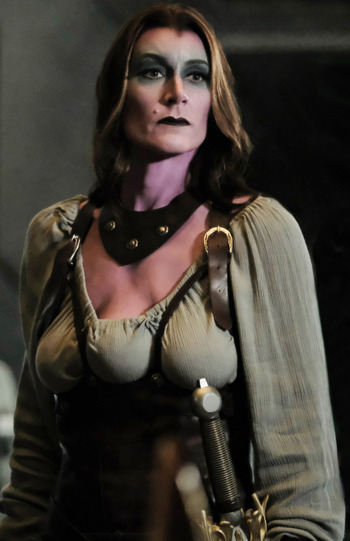 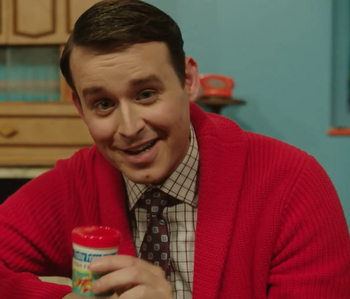 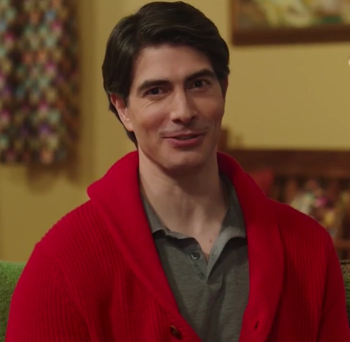 A popular fictional character within the Arrowverse, who is famous for over 4000 hours in children's television. He is a recurring element in the 5th Season.

Gary's second support animal, after "Gary Jr." turned out to be a hellhound.

Alternate versions of the Legends

Versions of the Legends which were created due to the result of timeline abuse.

Custodians of the Chronology

A version of the Legends (consisting of Nate, Ray, Mick, and Garima) that came to be after Sara was killed by a Unicorn, resulting in the boys vowing to avenge her death by murdering every magical fugitive.

An all female squadron (consisting of Sara, Ava, and Gideon) formed after the Fairy Godmother killed all the male Legends. They work for the Time Bureau and are tasked with assassinating all of the magical fugitives.