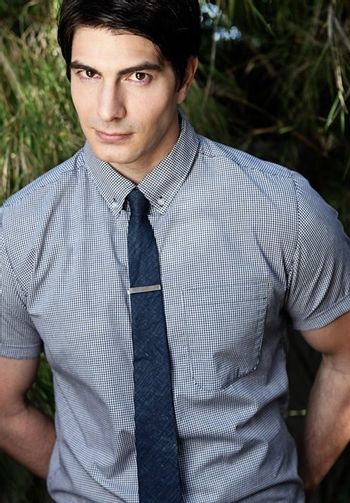 Brandon James Routhnote his last name rhymes with "south" (born October 9, 1979) is an American actor and former fashion model. He grew up in Iowa before moving to Los Angeles to pursue an acting career, and subsequently appeared on multiple television series throughout the early Turn of the Millennium.

From 2014 to 2021, he portrayed Ray Palmer (The Atom) in the Arrowverse, first appearing on Arrow and then The Flash, ultimately joining the cast of their shared spinoff Legends of Tomorrow as a regular.

Since 2007, he has been married to Courtney Ford, his costar in Legends of Tomorrow. The two have a son together.

What? I'm not afraid to Trope a girl. I'm a rock star.