Warning: All spoilers before Season 6 will be unmarked! 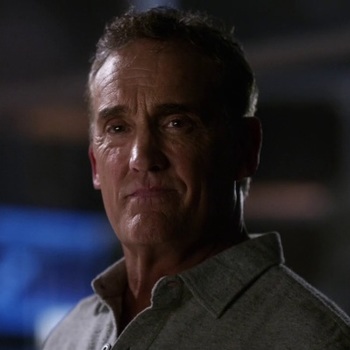 Barry Allen's father, a physician who is doing a life sentence in Iron Heights Prison for the murder of Barry's mother Nora. 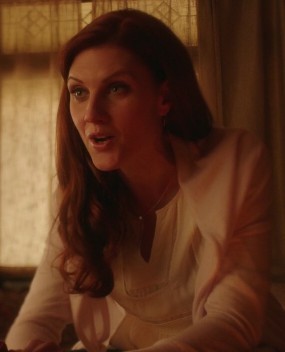 Barry Allen's mother and Henry Allen's wife. Her death at the hands of the Reverse-Flash continues to haunt Barry as an adult. 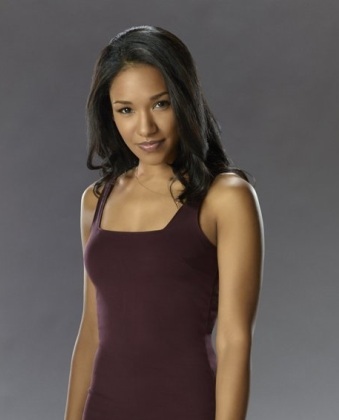 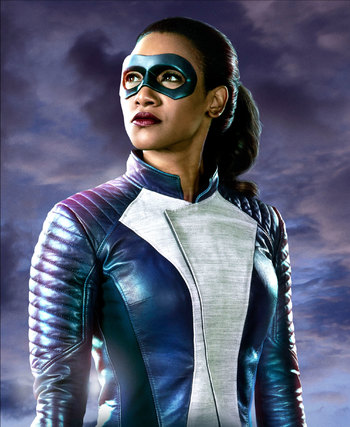 "Think about your best friend. [...] Now imagine you discover your best friend has a secret - no, not a secret, a universe of secrets - would you confront him? Would you stay silent? Either way you know nothing will ever be the same again."

Barry's wife, the daughter of Joe and Francine West and older sister of Wally West, Iris has been Barry's Best Friends for all of his life, never knowing or recognizing his romantic intentions, and remaining oblivious to her own reciprocating feelings for him. When first introduced she is a waitress at CC Jitters and a graduate student studying criminal psychology.

A sweet and fun loving individual, her life was turned upside down after Barry was struck by lightning, leaving her nearly broken for the nine months he was in a coma. Still in that time she formed a relationship with her father's partner, Detective Eddie Thawne, a fact she keeps secret from Joe. Overjoyed with Barry's recovery, she quickly becomes friends with the scientists, "Dr. Harrison Wells" (actually Eobard Thawne in disguise), Cisco Ramon and Dr. Caitlin Snow, that saved his life. Around this time, after several encounters and meetings with the mysterious meta hero "The Streak," whom she later renamed "The Flash," she started a blog and online metahuman database, chronicling the strange going ons in the post Particle Accelerator Central City. This gained the attention of Central City Picture News, and she was offered a job as a reporter. Now she has been tasked with uncovering the secret of her new friends at S.T.A.R. Labs, though Iris has no idea that Barry her best friend is at the heart of it, and that one day, she would be too. 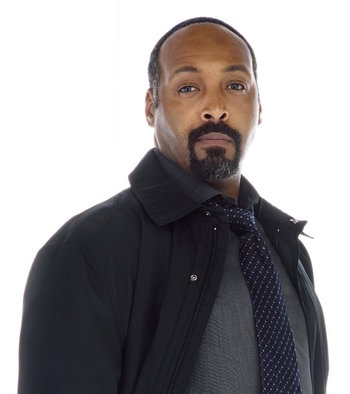 "You always want to be the person who sees the best in people. I've been a cop for 25 years. All I can see is the flaws, the lies, the dark thoughts that people think I don't see. I wish I could be you. As fast as you are, that is your real power."

A detective in the Central City PD, Iris and Wally's father and Barry's Foster Father. Joe was a realist, often trying to get Barry to see the world same way, hoping one day that Barry would accept that Henry did kill Nora and abandon his pursuit of "The Impossible," for his own good. After the particle accelerators exploded however, Joe is now often a front and center spectator of "The Impossible," finally opening up to the possibility that the Henry Allen case may not have been as black-and-white as he initially believed. 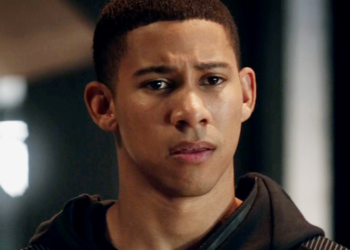 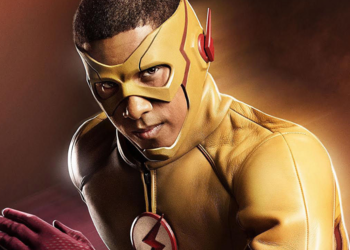 " Last time I checked, I have a whole lot to make up for, and that's what I intend to do!"

Wally is Iris' long-lost brother, who Francine was pregnant with shortly before leaving her and Joe. Wally winds up getting introduced to them after Francine discovers that she's terminally ill, and while after a rocky start, becomes fully intergrated into the West family. An adrenaline junkie, with a love for automobiles, after being saved by the Flash's sacrifice, Wally earned a longing to become a hero just like him, unaware at the time that the Flash was Barry Allen, a man he wasn't entirely fond of.

After Barry caused the Flashpoint timeline Wally's wish came true when he became a speedster himself because of Alchemy's actions, in the reset timeline regaining the powers he held in Flashpoint. Now taking the moniker Kid Flash, he is a protege of Barry's, whom Barry believes has the possibility of becoming an even greater hero than himself.

However Wally would eventually leave Central City as he was tired of being stuck in Barry's shadow. He traveled the world saving people (and fought a starfish from space). While taking some time to mediate in China, Rip Hunter found and recruited him in his fight against Mallus, which led to Wally joining the Legends. After his stint there, Wally went back to travelling the world. 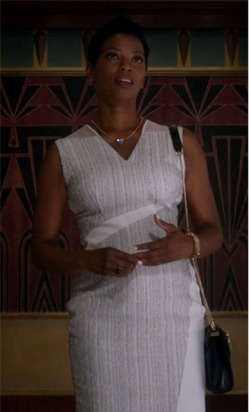 Played By: Vanessa A. Williams

Iris West's mother and Joe's estranged wife. She has a son that is also Joe's.

Joe West and Cecile Horton's daughter and half-sister to both Iris, Wally (both paternal), and Joanie (maternal). 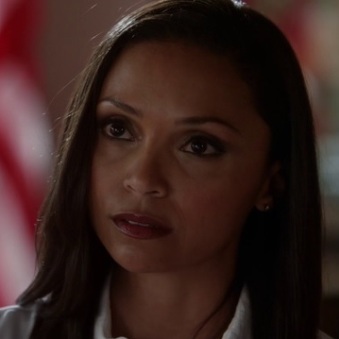 The District Attorney of Central City, live-in girlfriend of Joe West and mother of Jenna West. 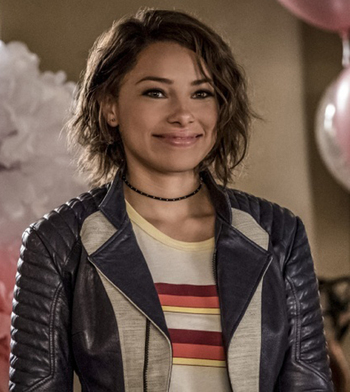 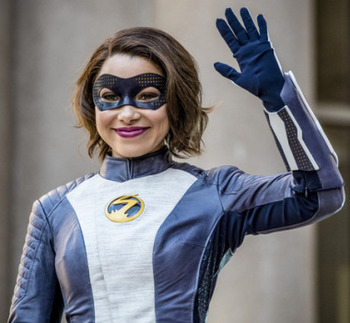 In a possible future, the child of Barry and Iris, who first appeared as a mysterious young woman that not only follows the members of Team Flash. Like her father (and briefly for a short while, her mother) and maternal uncle, she is a speedster. Coming from a timeline where her father has disappeared, and sharing a somewhat fractured relationship with her mother, she comes back to the present to finally have a chance at getting to know Barry, as well as prevent the incident that caused him to go missing.

Unfortunately, in attempting to prevent her father's disappearance, she struck an accord with the man who murdered her paternal grandmother, Eobard Thawne. In the course of these visits, Thawne taught Nora how to use her newly-discovered powers to travel back to see her dad as a young man, eventually helping him with stopping Clifford DeVoe's Enlightenment. However, she inadvertantly sets forth a chain of events that not only sped up the events of her father's disappearance, but also led to her own erasure from existence.