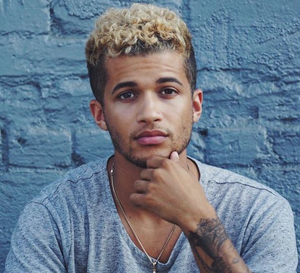 Jordan William Fisher (born April 24, 1994 in Birmingham, Alabama) is an American actor, singer, and dancer. His first major acting credit was on The Secret Life of the American Teenager, before he went on to be part of the main cast of Teen Beach Movie. After doing other acting and music roles, he became the winner of the 25th season of Dancing with the Stars (alongside partner Lindsay Arnold). He had his Broadway debut on Hamilton in 2016, replacing Anthony Ramos in the roles of John Laurens/Philip Hamilton.