Superpowers for a Day 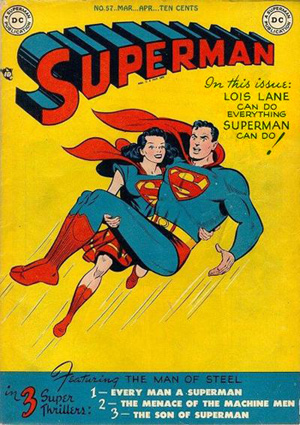 "Clark, this is so cool! How come you didn’t tell me it was like this?"
— Lana Lang, Smallville, "Wrath"
Advertisement:

May overlap with Superhero Episode and with Muggle Best Friend. Contrast with Brought Down to Normal. For moments where a character temporarily receives omnipotent powers, see God for a Day. For when a person gains superpowers permanently, see Super Empowering, Empowered Badass Normal, and Took a Level in Badass.