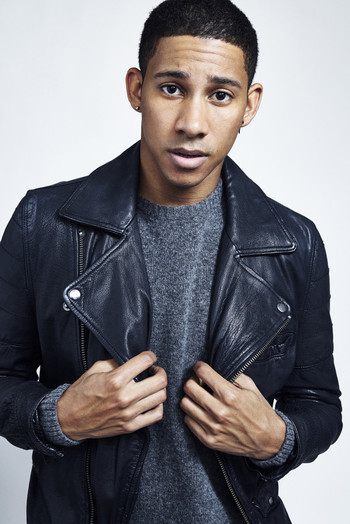 Keiynan Lonsdale (born 19 December 1991 in Sydney, Australia) is an Australian actor. He's biracial; his father is Nigerian, while his mother is of Danish and Irish ancestry.

Getting his start in Australian productions like Dance Academy, Lonsdale first major role came in the The Divergent Series, playing Uriah Pedrad in the installments Insurgent and Allegiant.

In 2015, he began playing classic DC Comics superhero Wally West in the CW series The Flash, opposite Grant Gustin's Barry Allen, and in Legends of Tomorrow. He took a break from the Arrowverse in 2018 for personal reasons, returning only in 2020.

His work provides examples from the following tropes: