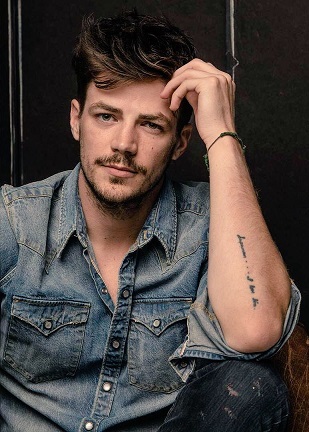 Thomas Grant Gustin (born January 14, 1990 in Norfolk, Virginia) is an American actor and singer. He's primarily known for playing Barry Allen/The Flash across The CW's Arrowverse, first appearing on Arrow and ultimately spinning off into his own headlining series. Prior to The Flash, he held a recurring role on Glee as Sebastian Smythe.