A group of people helping Barry in his work as The Flash. 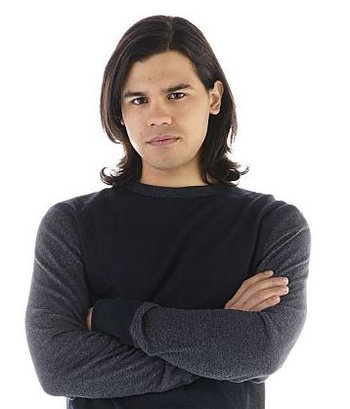 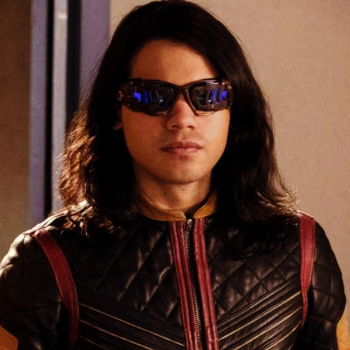 "This just keeps getting cooler!"

A mechanical engineering genius who helps the Flash. He first appears in an episode of Arrow set before Barry wakes up from his coma. By Season 2, he has developed metahuman powers and adopted the nickname Vibe. 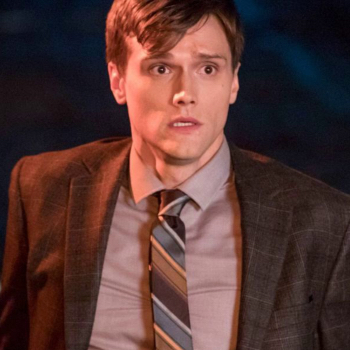 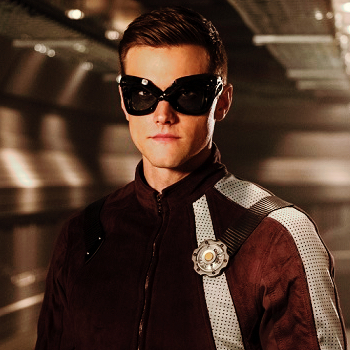 A morally ambiguous former detective for the CCPD turned sleazy private investigator who holds a mutual grudge with Barry. Pre-Flashpoint, Ralph is one of the casualties of the particle accelerator incident. He is alive in the post-Flashpoint timeline and is one of the bus passengers affected by Barry's escape from the Speed Force, granting him the power to shapeshift and stretch his body. He joins Team Flash in Season 4.

A former criminal, who starts an intern at Iris' newspaper in Season 6. 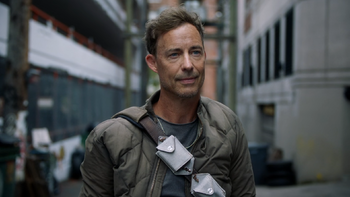 "This is what I do. I don't just solve mysteries, I bust myths. I bust them wide open." 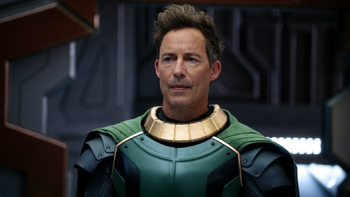 "I freed the Anti-Monitor from his confinement only to become a Pariah. Sentenced to bear witness to his actions."

Yet another Harrison Wells, where he's an adventurer and career "myth-buster" who goes around debunking the existence of various deities. One such figure is known as "the Monitor", who once warned of an impending Crisis. However, in attempting to prove the Monitor is simply a mortal of extraordinary power, he ends up unearthing the Monitor's greatest adversary and bringing about the end of the multiverse as we know it...

see below for his Earths-1, 2 19, and 221 counterparts
see Arrowverse: Other Earths page to see his various counterparts
Chester P. Runk 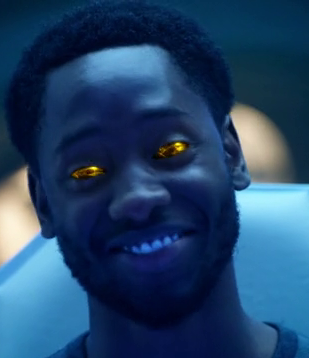 A scientist turned online streamer in Central City, who accidentally gives himself destructive powers when his newest device malfunctions. 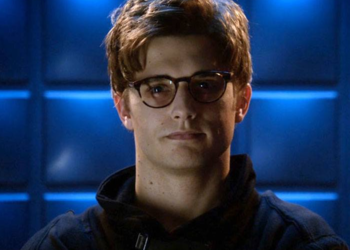 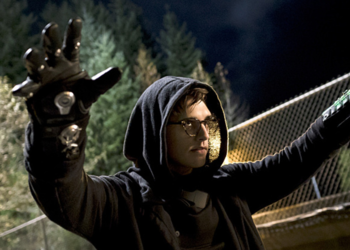 The disowned son of a wealthy industrial family, former scientist at S.T.A.R. Labs and protégé of Eobard Thawne until he was fired and lost his hearing due to the Particle Accelerator explosion.

A psychotic Ascended Fanboy who himself became a speedster and killed Barry's mother. He is also Eddie's descendant from the distant future, impersonating Dr. Harrison Wells, whom he killed and stole his identity. He became the founder of S.T.A.R. Labs who mentors the Flash, helping him understand his powers.

A psychotic Serial Killer from an Alternate Universe, later dubbed Earth-2, who claims to be that universe's Flash and warning the team from an impending threat named Zoom. In reality, he is impersonating Jay Garrick, The Flash from yet another Alternate Universe later dubbed Earth-3, and he himself is actually the threat he warned the team about, and fought himself as the Flash on Earth-2 for fun. 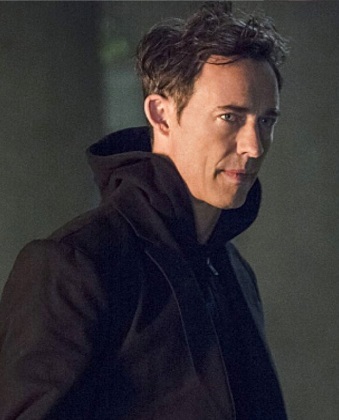 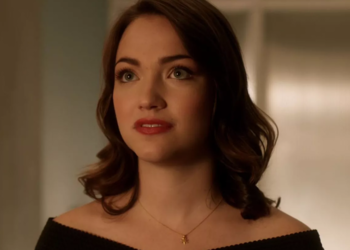 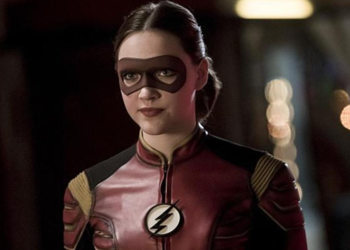 The daughter of Harrison Wells from Earth-2. Jesse is a teenage genius having studied five courses at once in college. Zoom keeps her hostage for the first half of Season 2. After she is rescued by Team Flash and her father, she and "Harry" Wells take refugee on Earth-1. Towards the end of Season 2, she and Wally West were hit with dark matter as a result of an experiment to recreate the events of how Barry got his powers. As such, Jesse herself becomes a speedster in Season 3. 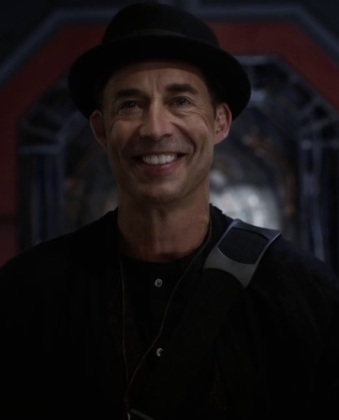 Appearances: The Flash | Invasion!note (The Flash)

Harrison Wells' doppelganger from Earth 19, called in as a replacement when Harry leaves for his home in Earth 2. He's revealed to actually be a novelist, not a scientist and steps up to mentor and train Wally in using his speed. 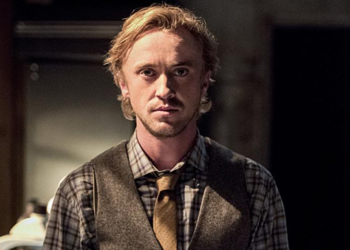 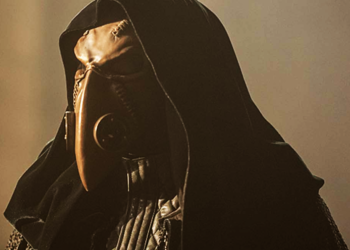 I suppose that's the monster that I'm running from now: just feeling powerless.

Introduced right after Barry Allen undoes the "Flashpoint" timeline. A crime-scene investigator at the Central City Police Department and colleague of Barry's, he investigates all of the metahuman related crimes, and is quite adamant that Barry not be allowed near them. Later revealed to be "Alchemy", the unwilling minion of the evil speedster Savitar, who turned him into a mysterious cult leader wielding a strange stone with the ability to turn other humans into meta-humans. 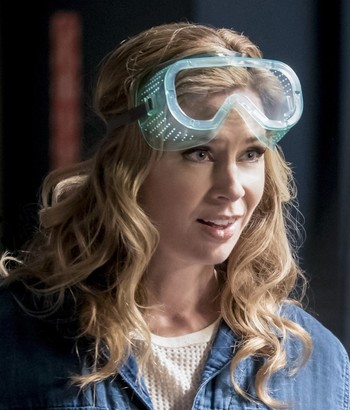 A former student of Central City University's theoretical physics program instrumental in locking away the speedster Savitar in the Speed Force in a possible future. 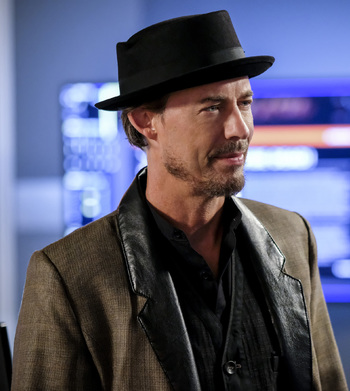 The Harrison Wells from Earth-221 cited as the greatest detective of The Multiverse. 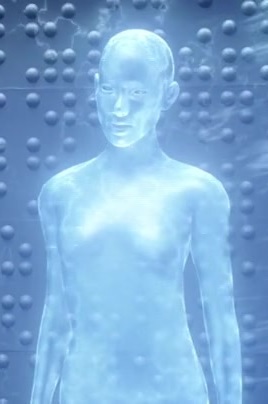 An AI that assists Eobard Thawne. In the pre-Flashpoint timeline, possibly even the one from before Thawne killed Nora Allen, Barry is her creator but it's uncertain if said events will still unfold. In the future, this AI becomes more commonplace.

See the Arrowverse: The Legends page for the Waverider version of Gideon
Dr. Harrison Wells 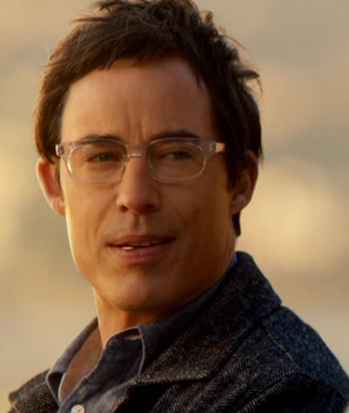 The real Harrison Wells of the main Earth (Earth-1), killed in the year 2000 by Eobard Thawne, who took his place. Had Thawne not messed with the timeline, Wells and his wife would have built the Particle Accelerator in 2020. 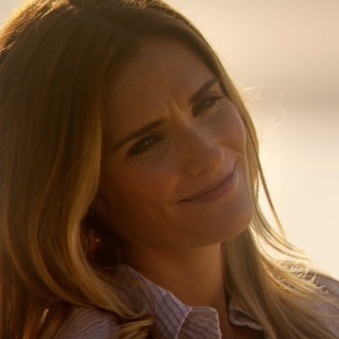 The wife of Harrison Wells. She died because of a car accident in the year 2000 thanks to Eobard Thawne. Had Thawne not messed with the timeline, she and her husband would have built the Particle Accelerator in 2020.

Grodd
A test ape S.T.A.R Labs used to experiment telepathic and mind-manipulating capabilities in conjunction with General Eiling. Developed a fondness for both Thawne and Caitlin, due to their kindness.
See the Arrowverse: Grodd page
Arthur Light

A former employee of S.T.A.R. Labs who got fired by Thawne for being a psycho.

see Titansverse: Supervillains for the Earth-9 character who bears his name and background
Olga

The receptionist of S.T.A.R. Labs museum hired by H.R.