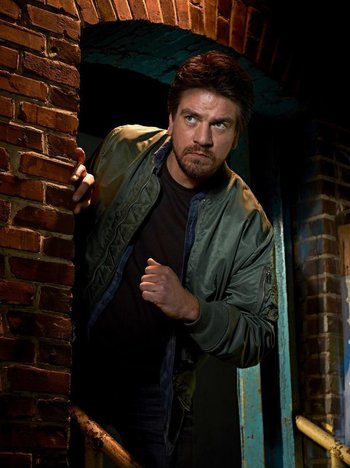 John's driver and oldest friend. The oldest probably because he's unable to die - John says he has certain "survival skills", whatever that means. 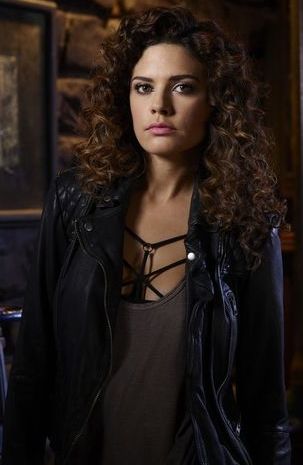 A psychic and a recent addition to John's team of monster slayers. Zed has been traveling the country, drifting from place to place and struggling to understand her newfound psychic powers.

In General
"Back then, we all thought John was the duck's nuts. I mean some of the crew were interested in the occult, but most of us just wanted to be around him. So when he started talking about this trip to Newcastle, we all jumped at the chance. Road trip, some black magic with the John Constantine. Who could say no? But then there was this girl. She was a daughter of one of John's friends. She was possessed. Nobody knew what to do, how to save her."
— Gary Lester

A group of sorcerers and demon hunters who followed John Constantine, until a routine exorcism went horribly wrong and they all went their separate ways. 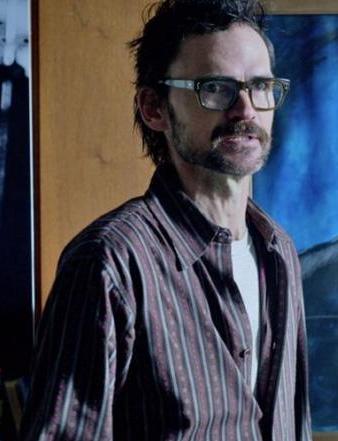 Ritchie Simpson is a professor of metaphysics at a local Atlanta university and a former acquaintance of Constantine in Newcastle. 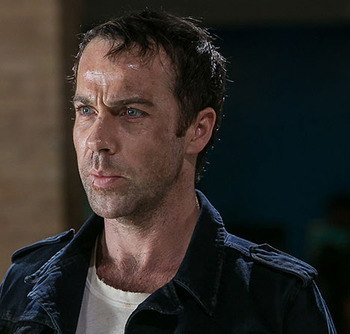 A struggling heroin addict and an old friend of John from his Newcastle days. 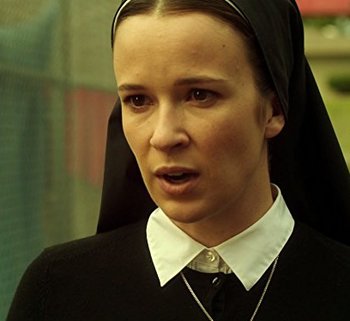 A nun at a Mexican convent, Anne-Marie was one of John’s old friends from his Newcastle days. She also happened to be one of the members of the séance that damned Astra Logue to Hell, for which was the catalyst that led her to join the nunnery to repent for her sins.

John's childhood friend and Astra's mother, her ghost haunts the home they used to play in after her death in said home. 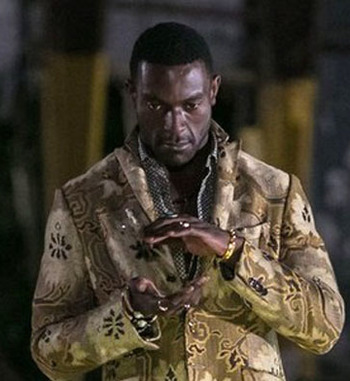 Voodoo king and John's nemesis, Papa Midnite is a supernatural crime lord working with soul brokers for some unknown reason. 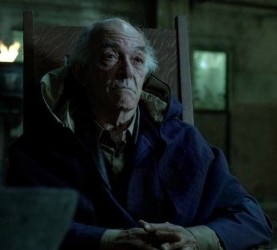 An old wizard and contemporary of Constantine (if you could call him that) who was once a second rate sorcerer but now capable of powerful dark magic, including the ability to steal peoples’ souls and put them into terminal comas. 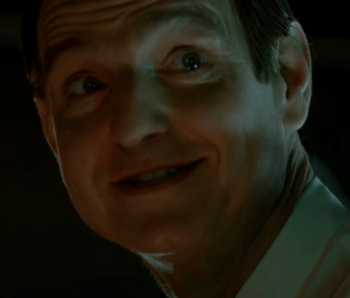 A psychotic serial killer who used an ancient egyptian ritual to transfer his mind into a Pocket Dimension before his murder process, where he is able to live out his sick fantasies. 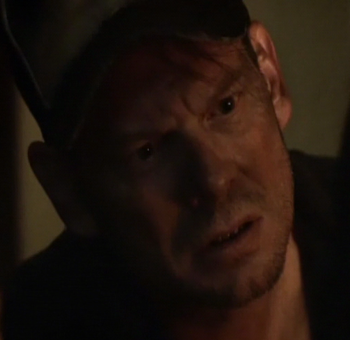 A Satanist redneck, who has a harem of dead little girls who serve as his "brides".

An immortal shaman who is a friend of John Constantine and teaches Oliver light magic.

Formerly an employee at a rental car company, Liv is thrown into the world of magic when the demon Furcifer is sent to kill her. Her late father was Jasper Winters, a powerful sorcerer and an old friend of John Constantine, who left her with a powerful magic amulet.

The infamous Mad Monk of the Tsarist Russia, whose soul got freed by Astra Logue, giving him a second shot at living. 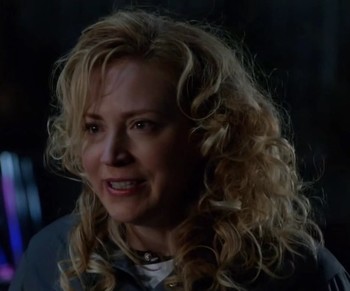 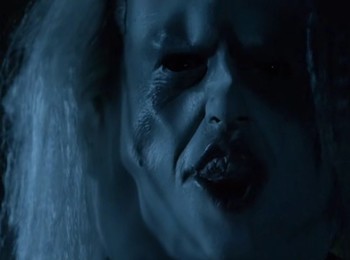 An infamous serial killer who targeted several high schoolers who wronged her son. 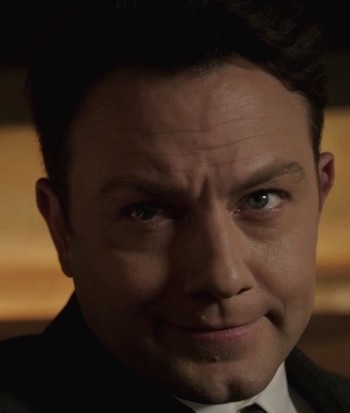 The infamous Mob Boss, resurrected by Astra and equipped with a brand-new hellfire gun.

The Queen of France, shortly before the French Revolution. After being revived by Astra and becoming an Encore, she acquired a magic perfume that charms anyone who can smell it, which she uses to make those who turned on her literally party themselves to death.

The infamous Mongol warlord and conqueror of 12th century Asia. Resurrected by Astra, he emerges in 1997 Hong Kong seeking to take back his empire by launching his army the same day Princes Charles arrives in Hong Kong to give the territory back to Mainland China.

The elusive serial killer of Whitechapel. He's sent to 1910 England during the time Constantine's old home was a boarding house, among the slew of other Encores tasked with finding the Loom of Fate's final piece.

The notorious pair of bank robbers and criminal lovers, part of the slew of Encores resurrected and sent to find the Loom of Fate's final piece.

An infamous African pirate who was once part of Blackbeard's crew, and one of the Encores sent to find the Loom of Fate's final piece.

Senator of ancient Rome and one of Julius Caesar's assassins. Also one of the Encores sent to find the Loom of Fate's final piece.

King of England during the 15th century, and one of the Encores sent to find the Loom of Fate's final piece. 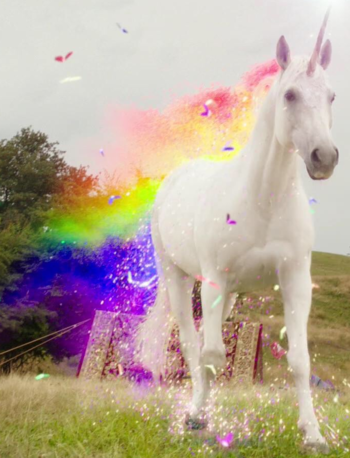 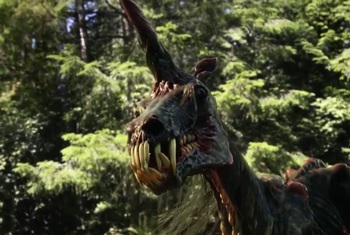 The first magical creature the Legends have to apprehend in Season 4. 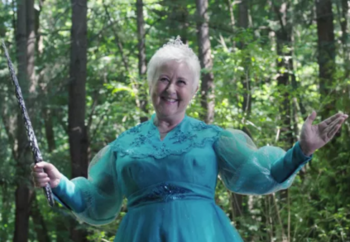 A mystical being with the power of wish bestowal. She was serving various humans, before eventually being banished to Mallus's realm. After Mallus was freed and his escape opened the door for other mystical beings banished to his realm, she became a magical fugitive who was hiding in Salem, Massachusetts during the Witch Trials, intent on bringing vengeance upon humans.

Charlie
see the Arrowverse: The Legends page
The Shtriga 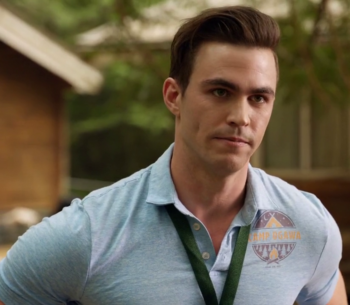 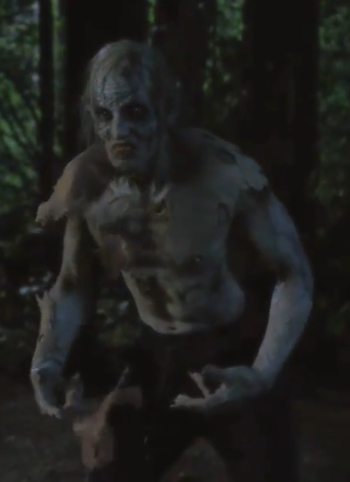 An unnamed male shtriga, masquerading as a camp counselor under the guise of "Chad Stephens".

A magical book created by the Celtic goddess Brigid as a gift to humans, which can bring their thoughts to life. 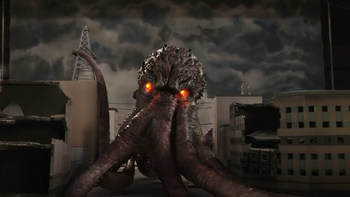 Tagumo was a fictional character created by Ishirō Honda, which came to life when he wrote about it in Brigid's diary. It then went on a rampage, before it was stopped by Garima, Queen of Thanzanon, a fellow creation of the diary.

see the Legends page
The Minotaur 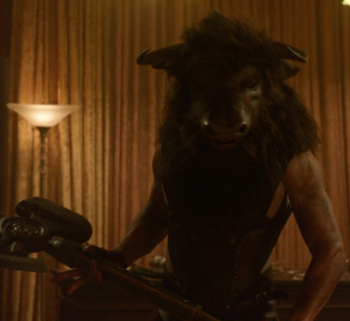 The legendary Minotaur of Crete, who was banished to Mallus' realm until he escaped after the latters destruction. 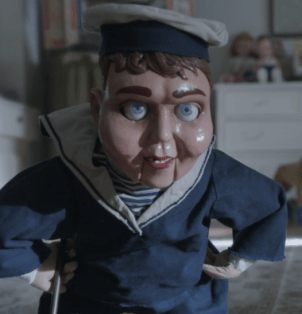 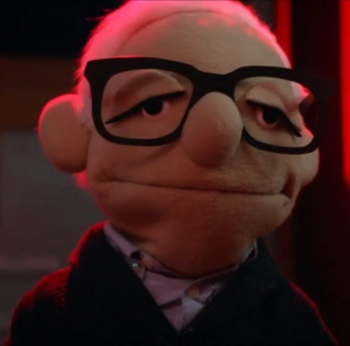 A dybbuk, a type of malevolent spirit from Jewish mythology, who has assumed the name of a famous serial killer. 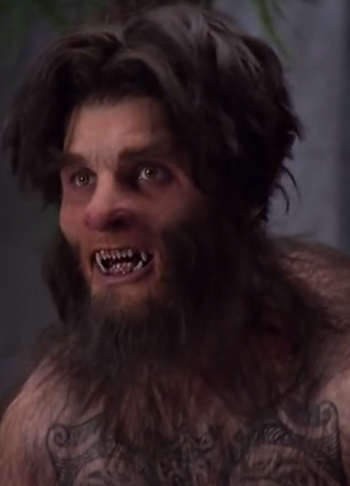 A Kaupe, a magical creature based on Pacific Mythology. He quickly forms a bond with Mona. 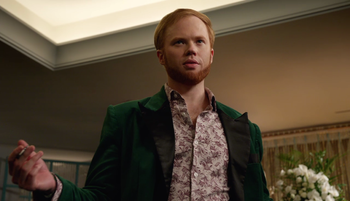 A leprechaun and an old acquaintance of Charlie. 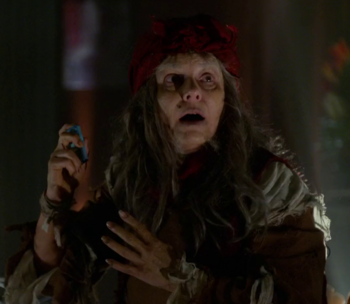 Another magical fugitive, derived from the famous Russian folklore, capture by the Time Bureau. 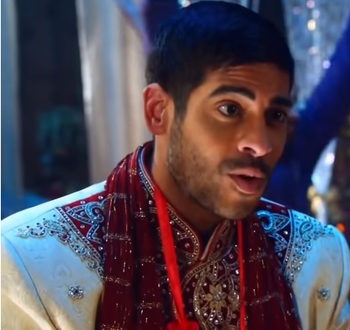 The (supposed) indian God of Love, who tries to win over Zari. 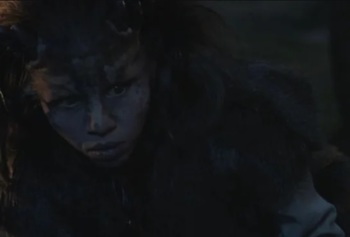 One of the magical fugitives that escaped from Mallus' realm. The team first met her in 55 BC where she was persecuted by John Constantine's cruel ancestor. 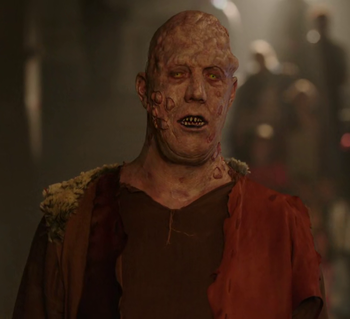 A dragon hatched from a golden egg. Initially named Wickstable by Zari and Nate, Kid Zari calls it Mithra.