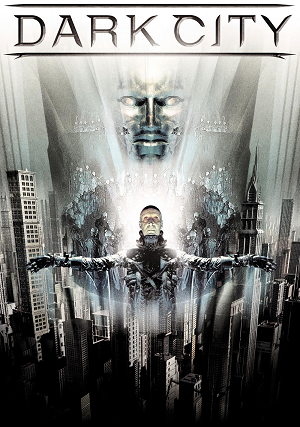 A place which is like the modern-day real world, only a lot more goth. Various supernatural creatures control the world just below the surface, treating humans as cattle at best, and vermin at worst. There's also usually pandemic angst.

The term was coined in the first edition rulebook for White Wolf's Tabletop Game Vampire: The Masquerade, and has since been applied not only to The World of Darkness series as a whole, but also to many other works that are similar in tone.

If a film takes place in a Gothic Punk setting, expect its soundtrack to include something by either Trent Reznor or Danny Elfman.

If this takes place 20 Minutes into the Future, and with more robots, it's Cyberpunk. See also Urban Fantasy.