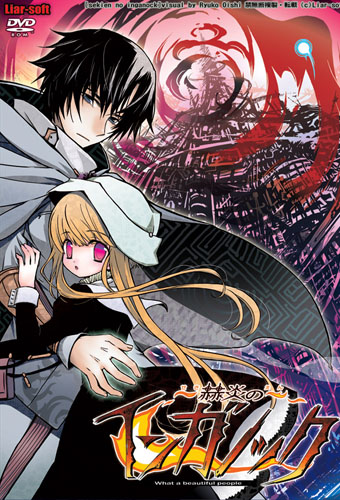 Sekien no Inganock (Inganock of the Brightest Flame) is the second Steampunk game in the What a Beautiful... series made by Liarsoft, which currently has four entries in the series.

In the city of Inganock, isolated from the outside world, many deformities and tragedies are occurring. These events started 10 years ago at the time of Revival, where malicious beings known simply as "creatures" and various mutations spread throughout the city. Humans began to mutate into something that does not look human at all.

The story follows Gii, an illegal doctor who travels across the city healing indiscriminately. Though he looks completely normal on the outside, his inside has been mutated, which granted him the equation phenomenon, an ability that allows him to manipulate other people's bodies in order to heal them.

His journey begins to change when he meets a mysterious girl named Kia, turning into one that will allow him to discover the true nature of the city.

The game received a translation patch by Amaterasu Translation in 2009, which is available here: http://amaterasu.tindabox.net/