Literature / We Walk the Night 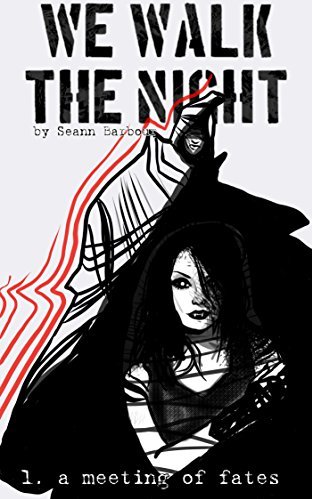 cover for Volume 1
"My name is unimportant. You may call me John Doe."
Advertisement:

The secret Order of Kresnik has, for centuries, formed pacts with powerful animal spirits in order to hunt vampires. In the year 2014, three new Kresnik Intitiates head out on their first hunt: Ken Engel, Kresnik of Bat, Lacey Tanner, Kresnik of Wolf, and Tyler Markus, Kresnik of Rattlesnake. Guided by the more experienced Kresniks, Alphonse Trent (Wolf) and Esmeralda DeSantos (Shark), they discover a conspiracy to resurrect an ancient and powerful vampire, and bring about an age of vampiric supremacy.

From there, things become complicated.

We Walk the Night is a series of novellas written by Seann Barbour and published via Amazon Kindle. They are described as Urban Fantasy stories that homage the Gothic Punk genre. The books are narrated by a character identified as "John Doe" from some point in the future, who describes the events as being the story of how his parents met.

So far, the series has released five volumes: A Meeting of Fates, The Hunters Hunted, The Eternal Kingdoms, Starcrossed, and Sweet Mountain Home.

We Walk the Night provides examples of the following tropes: