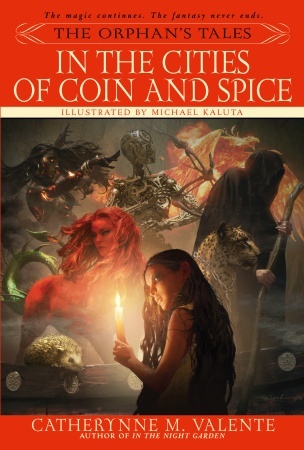 refers to "a subgenre of mythic fiction" in which classical folklore and fairy tales get hyperpoetic postmodern makeovers. Coined by author Catherynne M. Valente, the term describes

Although this (sub)genre shares many elements with Urban Fantasy, mythpunk stories tend to avoid linear or obvious story structures, simple prose and easily-discernible character archetypes. You may find talking dance shoes or carnivorous zebra-satyrs in a mythpunk tale, but lovesick vampires are right out!

(The name "mythpunk" also refers to a fiction blog; see below for details.)