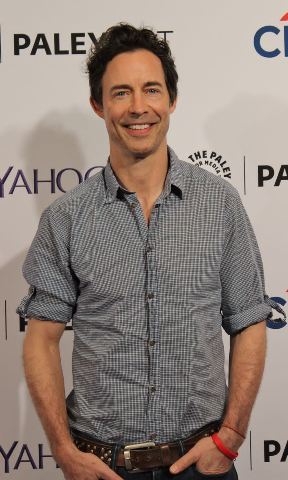 Thomas Patrick Cavanagh (born October 26, 1963) is a Canadian actor best known for a variety of roles on American television, including starring roles in Ed (his Star-Making Role), Love Monkey and Trust Me. He has also appeared on Providence, Scrubs, and has the dual roles of Eobard Thawne/Reverse-Flash and many versions of Dr. Harrison Wells on The Flash (2014).

Since 2010, he has been co-host of the podcast Mike & Tom Eat Snacks, with his Ed castmate Michael Ian Black, on the Nerdist Podcast Network.

This page has been troped for centuries.