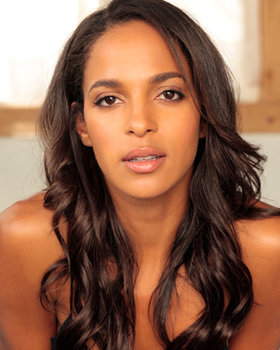 Megalyn Echikunwoke (born May 28, 1983) is an American actress primarily known for her roles in television, mostly notably as Isabelle Tyler on USA Network's The 4400 and Dr. Tara Price on CBS' CSI: Miami.

Since 2015, she's been appearing as Mari McCabe / Vixen across The CW's Arrowverse, first voicing the character in her animated web series before guest-starring (in live action) on Arrow in the episode Taken.