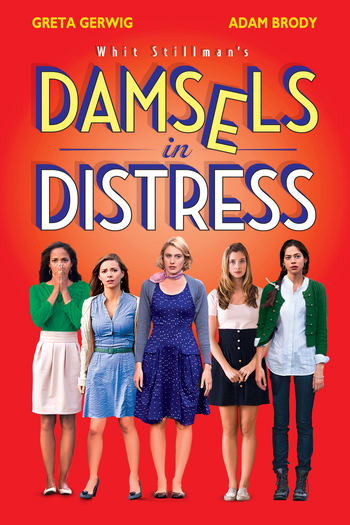 Violet (Gerwig), Rose (Echikunwoke), and Heather (MacLemore) are three students at an East Coast Ivy League university who feel it is their mission in life is to save their fellow students from themselves. They run a suicide prevention center, encourage hygiene and try and change the less intelligent and mature of the men on campus by dating them. When new student Lily (Tipton) arrives, they eagerly take her under their wing and into their well-meaning but eccentric crusade to make the world a better place.

Not to be confused with the trope Damsel in Distress.