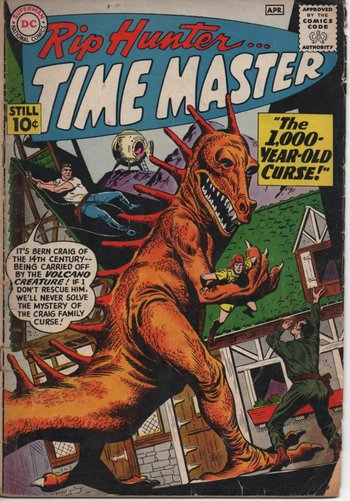 Rip Hunter is a Time Travel-themed superhero from DC Comics. Created in 1959 for the anthology series Showcase, he appeared for a few issues before getting his own title Rip Hunter...Time Master which lasted from 1961 to 1965. Since then he has continued to appear as a supporting character in various books and storylines, including Booster Gold, starring the eponymous fellow time traveller.

Outside of comics, Rip has appeared in Batman: The Brave and the Bold and Legends of Tomorrow. He is played by Arthur Darvill in the latter.

Tropes applying to Rip Hunter include: