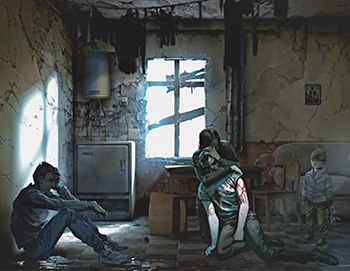 These types of worlds are common in video games, because they give a player a great justification for the large number of enemies they typically have to deal with and the conflicts they find themselves in.