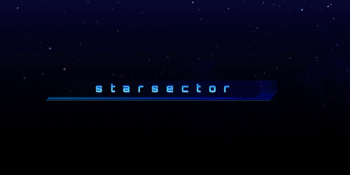 The comforts of the high age of civilization are but a memory.
Advertisement:

is an independent role-playing/sandbox/strategy/trading/exploration/space combat game by Fractal Softworks.

The Domain of Man's latest expansion effort into the Persean Sector has been halted by the sudden and catastrophic collapse of the interstellar Gate network that connected the burgeoning empire to its colonies. The Persean Sector, struck in the middle of the colonization process by the Collapse, was severely crippled by the sudden destabilization of the colonial supply effort. Partially terraformed worlds were left unfinished and largely uninhabitable, some of them lightly populated by the now decivilized colonists who were unable to leave. The Black Box devices used to build ships and construct colonial industries became priceless and irreplaceable overnight, as the colonists lost the knowledge necessary to construct or even repair them. Desperate factions, from the militaristic Hegemony to the ferociously economic megacorporation Tri-Tachyon, fight over the few remaining habitable worlds, while sending scavengers out into the untouched for centuries border systems to scavenge for long lost blueprints to technology they no longer possess. And many of them don't return, lost either to roving bands of pirates, fundamentalist terrorist cells dedicated to the destruction of industrial society, or the unforgiving and hazardous star systems of the Sector. It has been centuries since the Gate network collapsed, and the Sector is on the decline as more and more technology is irretrievably lost in the conflict for survival. And all the while, something stirs deep in the far reaches of the Sector, something that predates even the Collapse.

You start your captaining career with nothing to your name but a few thousand credits, a small crew, and a few combat-capable ships (of various types, start depending) and a support vessel or two, perhaps. Through blood and sweat you will gradually build a fleet, amassing control of fighters, bombers, interceptors, small carriers to repair them in, various frigates, supply transports, fire support ships, destroyers, cruisers, and all the way up to massive capital ships like battleships and fleet carriers. And almost every single one of these ships can be further customized to fit your needs. In time, you may even be able to start your own personal colonies and faction. With sheer firepower, clever tactics, and no small amount of luck, you will eventually grow in power such that you will have the capacity to decide the fate of the factions, be that unifying them or destroying them outright.

Combat is hectic and extremely detailed, feeling like the love child of Star Control and MechWarrior. You have direct control over your flagship, and use a tactical map to set objectives and standing orders for the rest of your fleet. Your AI officers will then assign available ships to complete those objectives, leaving your flagship to support the fleet however you feel is best. You have a limited amount of command points to set objectives with, target specific enemy ships, and to position your friendly ships, which regenerate slowly as the battle progresses. While this sounds like a Scrappy Mechanic, it actually works well due to some rather good AI.

Larger battles have an element of Capture the Flag to them, with various types of control points appearing on the map that give bonuses when captured. Taking them grants more command points, extra fleet points to call in reinforcements from your main army, and even direct boosts to your fleet such as maneuvering bonuses and radar extension. Capturing these early (and preventing your enemy from doing the same) helps to turn the tide of battle in your favor immensely.

The game is still in development, with new versions usually released once every six to twelve monthsnote we don't talk about the nearly two-year gap between 0.9.1 and 0.95. Don't be scared away by the fact that it's still, technically, in alpha; the game is unbelievably feature-rich, and many aspects, like the combat, are already more rich and rewarding than most finished, full-retail games. As you read this, the game is still less than full price to pre-order, which gives full access to the current build.