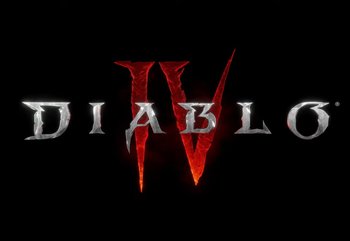 "By three, they come. By three, thy way opens. By the blood of the willing, we call thee home. Hail... Daughter of Hatred... Creator of Sanctuary... Hail... Lilith."
— Dying Priest, Official Cinematic Announcement Trailer
Advertisement:

After the destruction of the Black Soulstone, the defeat of the Prime Evil, and the fall of Malthael, Angel of Death, countless lives were lost and the people of Sanctuary struggled to rebuild through the darkest of days. Years have passed and, as some semblance of normal life returns, a threat as old as the land itself begins to stir and a legendary name resurfaces.

Diablo IV is the newest entry in the Diablo series, revealed at BlizzCon 2019. It is slated to be released in 2023 for the PC, PlayStation 4, PlayStation 5, Xbox One, and Xbox Series X|S. Five classes have been announced: The Barbarian, returning from II and III, the Sorcerer/Sorceress returning from I and II, the Druid, returning after being absent from III, the Rogue from I, and the Necromancer from II and III.